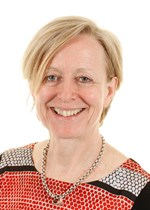 Appointed Chair by the Council of Governors in May 2017 for a first three year term of office; reappointed for a second term to 30 April 2023

Anna joined the Trust as a Non Executive Director in February 2016, becoming Deputy Chair in November 2016.
Anna has worked predominantly within the public and private sectors, most recently as a senior executive director within the Norse Group, which she left in August 2015. During her 10 years at Norse Property Services (NPS), Anna was a key member of the Strategic Leadership Team and her responsibilities included business development, strategic planning and the development of new joint ventures and consultancy services. Anna has previously been a Director on the boards of three subsidiary companies within the Norse Group as well as being a Director on the Board of the North Lincolnshire Local Education Partnership, where NPS was a founding partner.
Responsibilities: Chair of Board of Directors; Chair of Council of Governors and Committees; Chair of Charitable Fund Trustees; Chair of Executive Nomination and Remuneration Committee; Doctors disciplinary Non Executive champion/independent member. 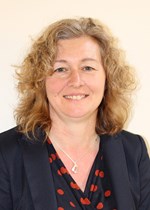 Appointed as Chief Executive from 25 April 2022

A registered nurse, Jo has worked in the NHS for over 25 years, carrying out clinical work in Accident and Emergency and Critical Care, at Ipswich, Addenbrooke's and the Norfolk & Norwich University Hospitals. She has held managerial roles in Cancer Services, as General Manager in Women and Children’s Services and was Operational Director for Surgery at the Norfolk & Norwich University Hospital from 2014. Jo joined the James Paget team in October 2018 as Associate Chief Operating Officer and was Acting Chief Operating Officer from 1 April 2019. She became Chief Operating Officer from 1 July 2019 and secured the role of Chief Executive in spring 2022. 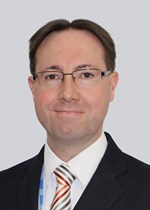 Mark was appointed as Director of Strategic Projects in April 2021, reflecting the projects in the hospital and his strategic estates leadership across the Norfolk and Waveney system. He previously held senior finance roles within the social housing sector, with over 25 years finance experience gained in both the public and private sectors. Mark is a Fellow Chartered Certificated Accountant (FCCA) and is also a member of the Association of Accounting Technicians (MAAT).
Responsibilities: Lead for Information Technology & Security and Senior Information Risk Owner (SIRO), Estates and Facilities; Health & Safety, and the new hospital programme. 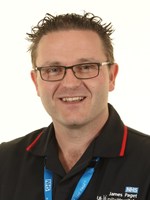 Appointed April 2020
Paul is a registered nurse who has worked in the NHS for 20 years. He has worked in several organisations across both Suffolk and Norfolk including Acute Trusts and Public Health England. The majority of Paul’s nursing practice has been in emergency medicine, in a variety of roles from Registered Nurse to Lead Nurse and then Senior Matron.
Responsibilities: Lead for Nursing, Midwifery and Allied Health Professions; Executive lead for Maternity Services; Joint Executive with Medical Director for Clinical Practice; Patient Safety and Experience, Clinical Governance, Safeguarding Lead; Nurse/Midwifery Revalidation; End of Life; Learning Disabilities; Dementia; Non-medical education. Director of Infection Prevention and Control. 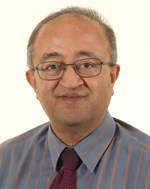 Vivek has been a Consultant Surgeon at the James Paget University Hospital since 2004, specialising in upper gastrointestinal and laparoscopic surgery. He held several management positions along the way, including Clinical Lead and Clinical Director. He is an assessor of the MRCS surgical examinations, and Patron of the Norwich Undergraduate Surgical Society. 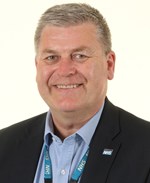 Nigel has a nursing background, and has a wealth of board level experience across acute, community and mental health services. 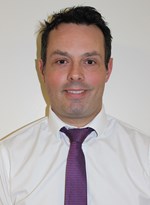 Appointed February 2018; permanent role from 1 March 2019
Jon has worked at the hospital since 2014, initially as a joint appointment with the Great Yarmouth and Waveney CCG. 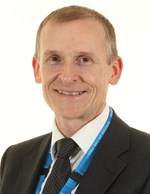 Ed started working at the James Paget in 2000, initially as a Management Accountant.  After taking several roles within the Finance team, Ed became Deputy Director of Finance in 2014, and then Associate Director of Finance in July 2019, taking responsibility as Executive Lead for Digital.  As a graduate from the University of East Anglia, Ed’s early career prior to joining the NHS was in private practice working with small business accounts and audit, during which time he also qualified as a member of the Association of Chartered Certificated Accountants. Ed has now joined the Board as a voting member. 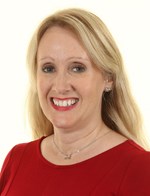 Sarah is a Chartered Fellow of the Chartered Institute of Personnel and Development.  She has more than 20 years’ experience as a Human Resources (HR) professional in the NHS.  Prior to joining the James Paget Hospital in 2021, she spent twelve years leading HR and organisational development at a mental health trust.

Sarah’s role is to implement our People and Culture Strategy. The strategy aims to ensure that our organisation has a compassionate, supportive and inclusive culture, which not only makes it an attractive place to work but enables staff to deliver the highest standards of care. 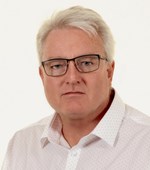 Non Executive Directors are appointed by the Council of Governors for a three year term of office. 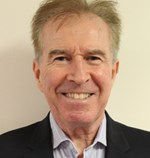 Stephen was Chief Executive of the Orwell Housing Group for 27 years until September 2018, setting strategy, policy and the tone of the business. His oversight sought to ensure that solutions were found to care for people in an ever more challenging world and with an ageing population. Stephen brings a range of skills and a wealth of experience into this Non Executive role having served on many private and public Boards, and is the current Chair of the Lowestoft Places Board. 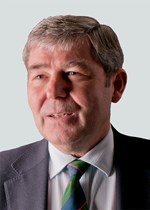 Previously an Honorary Professor of Rheumatology at the Norwich Medical School (UEA) for over 20 years, and was a consultant rheumatologist and fellow of the Royal College of Physicians. David has undertaken a range of roles during his career including director of research and development at the Norfolk & Norwich University Hospital and Clinical Director of Norfolk & Suffolk Comprehensive Local Research Network. David's last role was for the Clinical Commissioning Group.

Appointed by the Council of Governors in January 2021 for a three-year term of office.

Karen, who is now retired, has had a long career working in many roles within health and social care. For nine years, she was an Executive and Non Executive Director of the NorseGroup, the country’s largest local authority trading company. She has also been the Managing Director of Norsecare, leading one of East Anglia’s largest residential care providers to achieve outstanding CQC ratings.

Appointed by the Council of Governors in January 2021 for a three-year term of office.

John grew up in Minnesota in the USA before moving to the UK in 1990. He worked for business consultancy Deloitte before joining the NHS in 1993. He was an NHS Finance Director for 24 years, working at several London-based organisations including Great Ormond Street Hospital. His last NHS post was at the Norfolk and Norwich University Hospital where he was Chief Financial Officer from 2018-20 as well as the Norfolk and Waveney STP Finance Director.

The report of the Mid Staffordshire NHS Foundation Trust Public Inquiry recommended that a statutory "fit and proper persons" requirement be imposed on health service bodies (in relation to their Directors).

Details of how the Trust implemented the requirements can be found in the July 2015 Board of Directors paper.

This is part of the recruitment process for all new Board members, with an annual review undertaken, reporting to the July meeting of the Board of Directors held in public. All Board members are regarded as fit and proper.