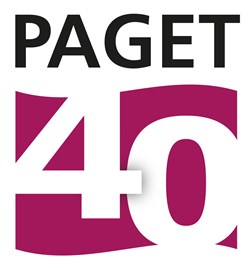 In 2022 the James Paget is celebrating the 40th anniversary of the hospital’s official opening and throughout the year we’ll be featuring stories about the hospital, our staff and our patients.

The new district general hospital for the Great Yarmouth and Waveney area was formally opened in July 1982 but had actually been receiving patients since 21 December 1981, when the first emergency cases were accepted and outpatient clinics started.

The hospital was formally opened by Professor Dorothy Crowfoot Hodgkin, OM, FRS, a Nobel Prize-winning scientist, who spent her early life near Beccles.

Construction of the first phase of the hospital had taken place between September 1976 and August 1981 and the contract cost was £8million – equivalent to over £40million today.

The Paget wasn’t named until September 1984 when, after much debate, the District Health Authority voted by a narrow margin (8 to 7) to formally name the hospital after Great Yarmouth born surgeon to Queen Victoria Sir James Paget (1814-1899).

Sir James had, in his lifetime, been President of the Royal College of Surgeons in England, a Fellow of the Royal Society and Vice Chancellor of London University.

He is regarded as the father of British pathology, based on his great knowledge of physiology and pathology, and he stressed the importance of bringing science into medical practice. He was progressive in many his views, supporting both the idea of women being doctors and new medical treatment methods, and was a popular teacher and advocate for good patient care.

He was also the first to describe a number of medical conditions including Paget’s disease of bone (named after him) and compression of the median nerve, known today as 'carpal tunnel syndrome'.

Over the next few months we’ll be highlighting some of the stories of those involved in founding the hospital and those who have had a special connection to the site, as well as celebrating the work of our team and looking to the future.

Thank you to those who have already been in touch, and we continue to welcome your stories and photographs – please email communications@jpaget.nhs.uk if you have anything to share.