Once the hospital's basic construction was finished it was then time to look towards fitting out the hospital and transferring services over from other sites.

Another early arrival on the James Paget site was Peter Harrison, who was the Commission Officer for the two phases of the building programme.

Peter led a team of five based in the newly-finished residences buildings, overlooking the construction site. The team’s remit was to oversee the smooth transfer of services to the Paget from other hospitals in the area, including the old Great Yarmouth General Hospital, Lowestoft Hospital and Northgate Hospital.

It was a major undertaking, which merited its own front page story in the January 1981 edition of the Great Yarmouth and Waveney Health District ‘DGH News’, one of three newsletters which Peter, pictured below, has kept. 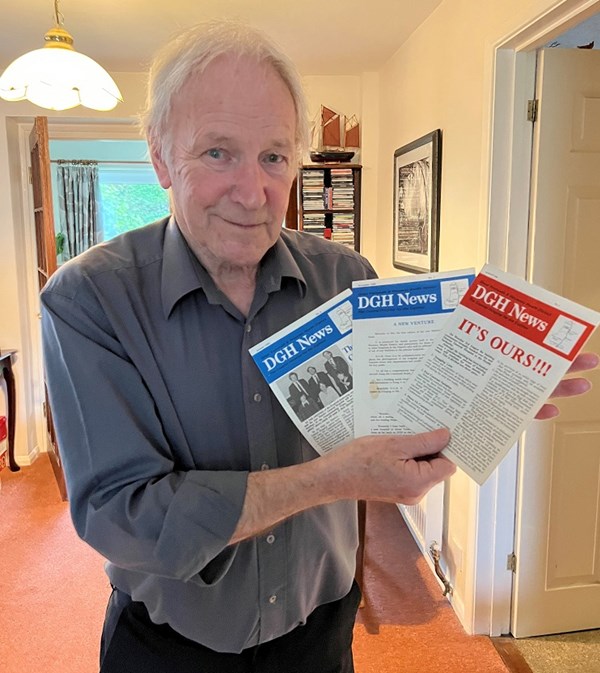 Under the banner of the ‘Coastal Hospital for the Eighties’, the article details how “the commissioning team had worked for nearly four years to achieve its objective of translating the details of the original planning decision into Operational Policies for 28 departments.”

The article records how the commissioning team worked closely with departmental heads to agree policies and equipment schedules and notes that “until all the decision have been made on how each department will function and be equipped, it is impossible to bring the hospital into use as an effective running unit.”

Included in this planning were bringing together staff that would form the new teams to run the hospital.

“There was a mix of staff, new and old,” recalls Peter. “Staff came from both hospitals in the district and from further afield. They all had their different ways of working - so this had to be handled sensitively to ensure they felt comfortable and could gel as a team.” 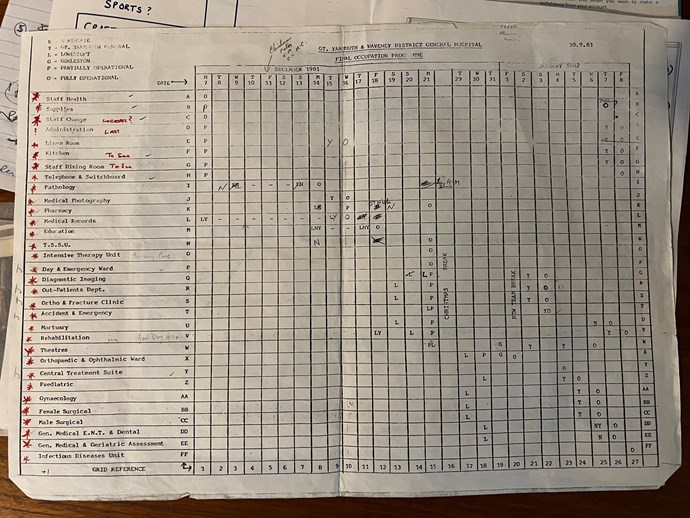 Peter has the original chart (pictured above) showing the phasing of the equipping and opening of departments from neighbouring hospitals in Yarmouth and Lowestoft - and you can hear more about this from Peter himself in the short video clip below.

He also has the original plan setting out in detail the location of the various stalls and activities for the new hospital’s first fete, held in September 1982.

The plan (below) shows an events arena, craft exhibition and more than 30 stalls on the back field in the area of the helipad.

“The fact that so many people got involved in the first fete was really positive,” said Peter. “It helped publicise the Paget as a new community facility, gave the staff something they could support and raised money for the new social club at the same time.” 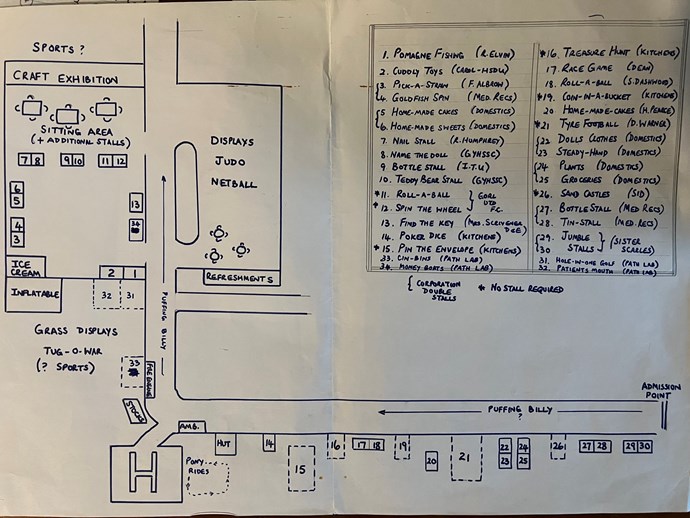 Records show that the first fete was indeed a success, raising more than £1500 for the social club.

Once the main fabric of the building was up - the floors, walls and ceilings - it was then time to ‘fit out’ the hospital.

Many local companies were involved in this phase of building the new hospital - companies such as W Bentley Joinery Ltd, of Gorleston.

Bill Bentley recalls being asked to quote for various projects in the then unfinished hospital - and was successful.

His company were involved in altering furniture in the residences and then, in the main hospital building, suppling and installing various purpose-made joinery items over services years, such as screens, door and reception counters.

“The screens to what was the bank, the pharmacy and several consulting rooms are still in use to this day,” said Bill.

“Looking back, I always considered that we were one of the first outside contractors to have worked at the hospital, even before it opened.”

Also involved in the fitting out was Brian Youngman, who worked as a carpenter for local building firm RG Carter, which delivered the first phase of the hospital’s construction.

Brian is pictured below in 1980, fitting out part of the hospital’s front foyer, helping create the old WRVS store stock room. After the completion of the first phase, Brian became part of the joinery team, employed by Morgan Sindall, who were the main contractors for the second phase of building work. And then, when the hospital was complete, he joined the Paget’s Works Department, staying at the hospital until he retired in 2008.

“When I joined the team, I thought that I wouldn’t be there long and would go back off site - but I loved it so much, I just stayed,” he said. 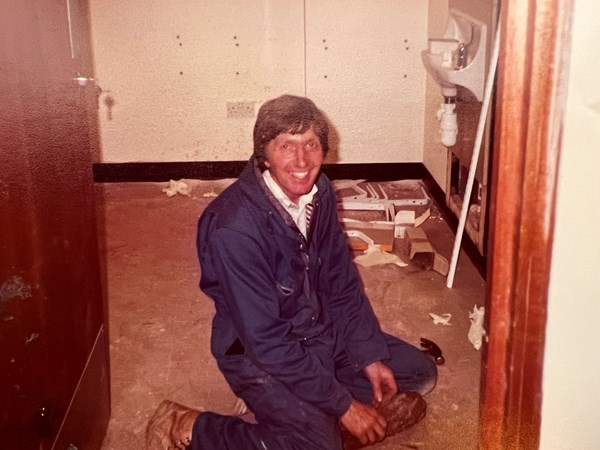 One of his first jobs on the Paget team was to create a wooden Japanese-style bridge as part of a project to theme the hospital’s courtyards.

The bridge no longer exists but its completion was much-celebrated by the staff at the hospital, so much so that the team in the catering department presented Brian with a cake, complete with a model of the bridge created in icing - pictured below. 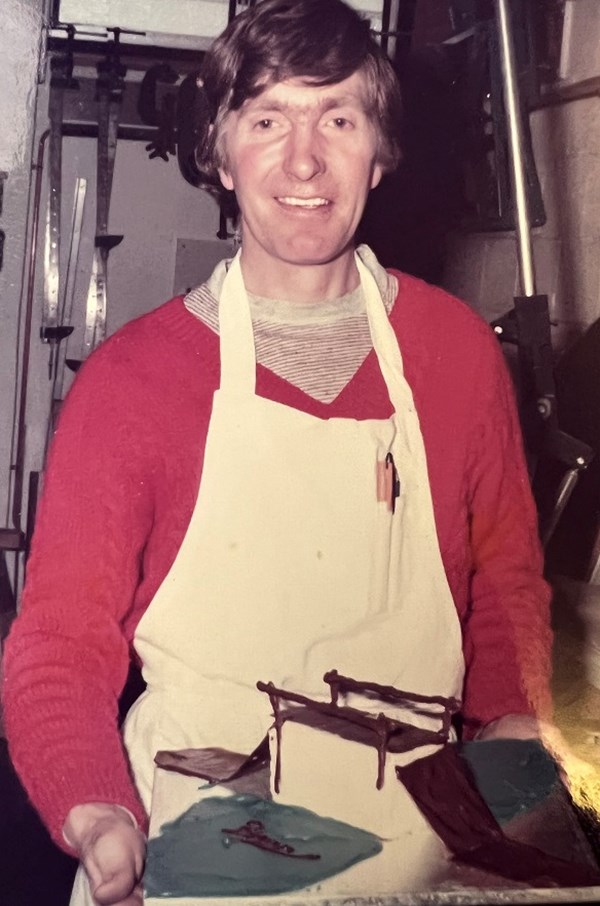 In another courtyard, Brian created a memorial bench to Karen Rudd, a medical secretary who died tragically young at the age of 28. The bench is still used by staff during the summer, when on their breaks.

During his 23 years at the hospital, he became involved in many projects including a full revamp of the theatres complex in the 1990s and creating signage for wards and departments across the site. He also had a spell as a technician with the occupational therapists, helping fit ramps and stair rails in patients’ homes.

And he has many memories, of fund-raising events on site at weekends, including the annual fete, Christmas celebrations on the wards - and his own celebration in March 1987, when he and wife Valerie held their wedding reception at the Burrage Centre - the first couple to do so.

Brian still treasures his photographs of his time at the Paget - as well as an edition of the quarterly staff magazine Making Waves (pictured below), which features a story and photograph about him presenting a cheque to the Audiology department in his role as chair of the local branch of the Manchester Unity of the Independent Order of Oddfellows. 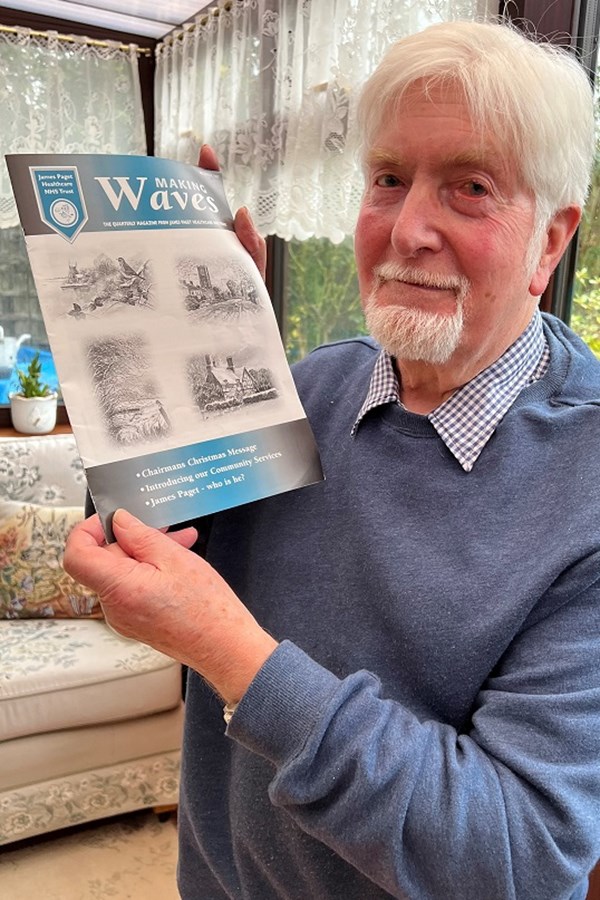 As the finishing touches were put to the building, it was time for Health Authority District Fire Officer Raymond Gouldsmith to visit the premises.

“I spent four weeks touring the building to become familiar with the layout and the location of all the multitude of departments. I also spent many days with the works department in siting of the fire notices and fire-fighting equipment,” he said.

When the building was finally finished, it was in pristine condition - as the series of photographs below show. 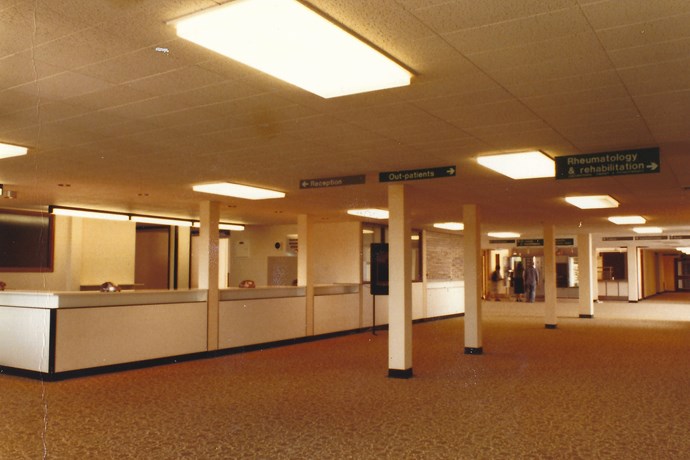 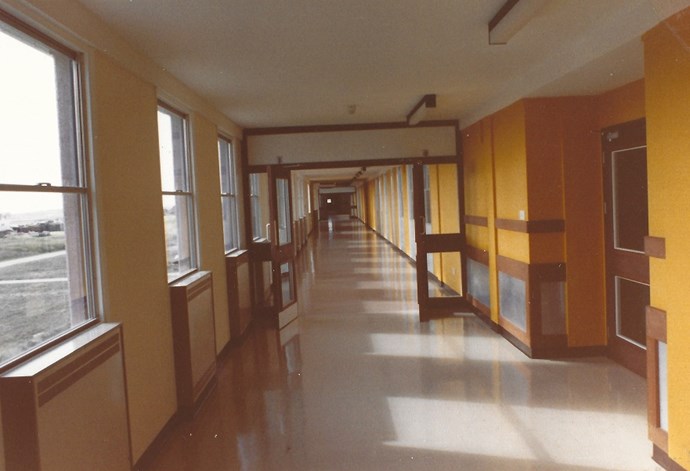 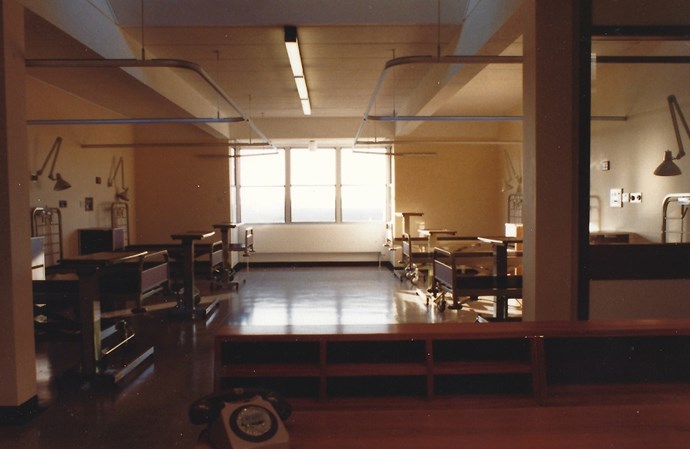 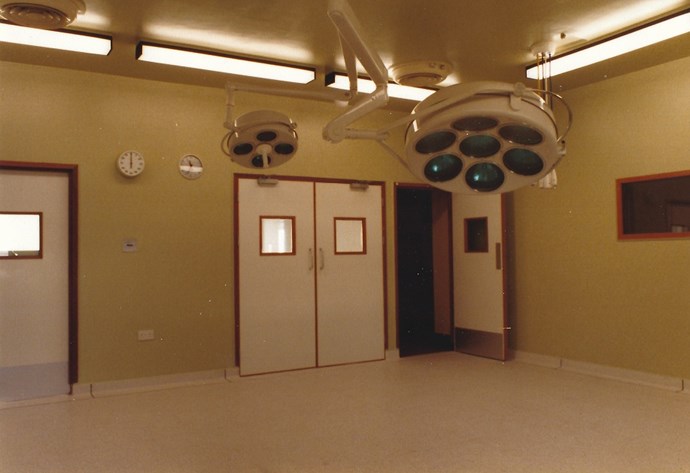 All that was missing then were the first patients and staff...