The background to the building of a new District General Hospital

By the early 1970s there was a real need for a new hospital but the difficulty was where it should be built.

Situated between the two main population centres of Great Yarmouth and Lowestoft, Gorleston appeared to be the natural choice and what was agricultural land at the time was compulsory purchased for the building.

Brian Callan played a vital role in the establishment of the James Paget Hospital in the late 1970s and early 1980s through engaging with patients, communities and volunteers in his role as Voluntary Services Development Officer with the Yarmouth and Waveney District Health Authority.

Working with District Administrator Alistair Roy, and Commissioning Officer Peter Harrison, Brian was part of a team that helped deliver the promises of the NHS and government at that time, aimed at developing a new District General Hospital for people in the Great Yarmouth and Waveney area. 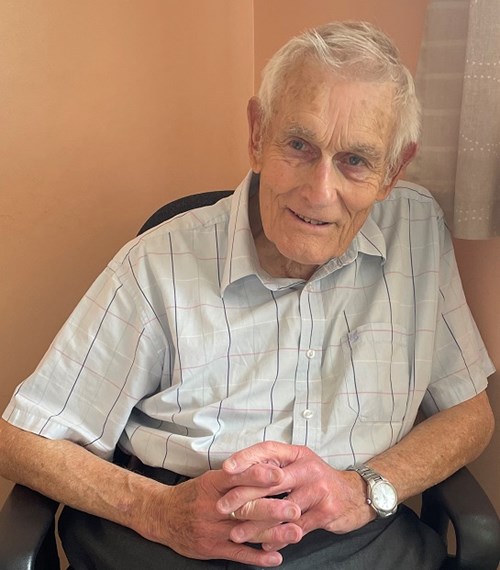 Brian has submitted his memories to document the decision-making and community engagement that took place in setting up what would later become the James Paget Hospital.

“The new Health District of Yarmouth and Waveney and its District General Hospital did not happen by pure chance – an enormous amount of background preliminary planning and organising had first taken place; in reality, this story of how the James Paget came to be goes back well over 50 years.

“A team of planners from the Ministry of Health in London arrived in Norwich during 1973 to support the re-organisation of the Health District locally. Their task was abolishing the existing Norfolk Health Authority and setting up several shadow District Health authorities. This forms part of the background that led to plans for the new Great Yarmouth and Waveney District General Hospital.

“In the newly-formed Health District of Yarmouth and Waveney, there were eleven hospitals, two short-term care centres, and many ‘Leagues of Friends' and volunteer-led services. Financial support for the creation of the new hospital came from these areas, plus other community groups and organisations that raised huge sums of money between them.

“There was definitely a need for a new District General Hospital; both Great Yarmouth and Lowestoft had wonderful - but very old – hospitals that were not built for modern healthcare and treatments, reflecting the advances in technology seen back then.”

Towards the end of the 1970s, Brian took on the role of Voluntary Services Development Officer with the Yarmouth and Waveney District Health Authority, with the aim of working with the many volunteer-led groups and organisations to develop support for a new District General Hospital.

“Ministry of Health policy said that each Health District should have one large central hospital to meet general acute treatment needs, and had developed plans for six identically designed and built hospitals for the East of England region – with the James Paget being the last built. In July 1977, RJ Carter was granted a contract to undertake the first phase of construction work.

“I helped organise a special presentation evening where plans for the new District General Hospital were discussed by invited representatives from local volunteer groups, who also heard recorded feedback from clinicians across the area saying how important their support was, and how much it was valued by patients.

“The success of this evening led myself and Peter Harrison, who was appointed as Commissioning Officer responsible for equipping the new hospital, to develop plans for guided tours around the hospital as it neared the end of phase 2 of the construction process. Peter and I planned a tour to groups of around 30 people to a set number of locations, where we would explain what would take place in each area.

“We would visit places like the Accident and Emergency and Outpatients departments, as well as ward spaces. One of my favorite parts was showing people the newly-finished theatre spaces, and getting volunteers into gowns and pretending to be part of a surgical team!

“For me, the centerpiece to the tour was taking the group into a very large room, which had three rows of seats on one side, looking down on a central lower floor area with a large table in the middle. I would ask the group to guess what this area was used for – social club, arts centre, uniform fittings? No, I would answer to each…you are in fact standing in the Hospital Mortuary! The looks of surprise on the faces of visitors live with me to this day!

“Peter and I would do our best to answer all questions posed from the visitors, such as how big the hospital would eventually be, how many people we would employ, and what services would run from the various rooms they would view – everyone was highly complimentary about the detailed planning that had gone into the hospital’s construction, and our role in showing them round.

“In 1982, with the new hospital steadily opening up to offer care and treatment to patients, big events were planned by the new hospital administration team to show off the new hospital to the public. I really value the memories of showing the community around what would become the James Paget Hospital, and our roles in helping the hospital to get built.”