Skydiving for the Big C

Rebecca Crossley, Learning Disability Liaison Nurse at the James Paget University Hospital, is due to jump out of an aeroplane to raise money for Big C, Norfolk and Waveney’s cancer charity tomorrow and there’s still time to support her. 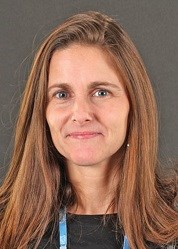 Established in 1980, Big C provides support and information to those affected by cancer and invests in research and surgical and diagnostic equipment at Norfolk’s hospitals.

Rebecca is due to parachute from the plane in a tandem skydive in the Beccles area tomorrow, Saturday 9 December, and, if that wasn’t enough, will do it dressed as Father Christmas and will try to sign on the way down in a bid to do the highest ‘#GetTheNationSigning’ attempt.

The Twitter campaign to get the nation using basic sign language to communicate more effectively with those with disabilities or speech or hearing difficulties, was co-founded by Rebecca in October 2016. Since then the campaign has reached millions of people around the world.

Rebecca says: “Several friends have cancer and that is a big motivator for my fund-raising. I’m also doing this in honour of Dr Kate Granger, who raised over a quarter of a million pounds for cancer care before her death, last year at the age of 34, from a rare form of the disease. Her #HelloMyNameIs campaign, to encourage medical staff to introduce themselves properly to patients, was the inspiration for #GetTheNationSigning. It's easy to assume that verbal communication is everyone's preferred method of communicating, but for people with disabilities, such as hearing impairments, that may not be the case.

“Cancer affects so many families and I hope to raise as much money as possible for Big C which does so much good work in Norfolk and north Suffolk.”

To find out more and to support Rebecca please visit www.justgiving.com/fundraising/hellomynameis