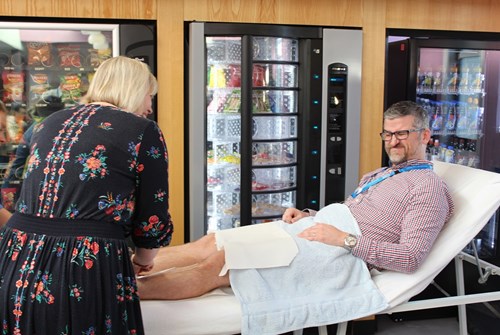 More than £400 has been raised after several brave men at the James Paget University Hospital put themselves in womens shoes to help raise money for three domestic abuse charities.

Ahead of White Ribbon day on Saturday 25 November, four members of staff agreed to have their legs waxed to raise funds for Leeway, Lighthouse and Waveney Domestic Violence and Abuse Forum, who work to support both men and women who are in, or have been in, abusive relationships.

The four – Deputy Chief Executive and Director of Strategy and Transformation Andrew Palmer, Consultant Paediatrician John Chapman, Paediatric Nurse Practitioner Clive Ellis and Head of Emergency Care Barry Pinkney - agreed to support the campaign, which is a global movement, started by men, to stop male violence against women and girls.

All four successfully braved the waxing on Thursday 23 and Friday 24 November and, with some sponsorship money still to arrive, the total has already topped £400.

Jane Oldman, of the James Paget University Hospital Safeguarding team, who organised the event, said; “There were a few winces as the first strips were pulled today, but all took it in their stride and we are grateful for all the support their efforts have generated. Money was raised through sponsorship, donations, a cake sale and a raffle with some great prizes and all proceeds will be split between the three organisations who are there to help anyone in Norfolk and Suffolk who may need it.” 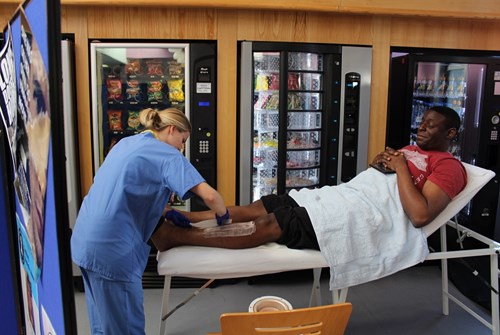 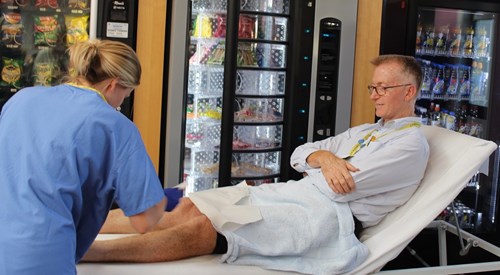 Our photographs show Andrew (top), Clive (second from top), John (above) and Barry (below) enduring the leg waxing to support the good causes. 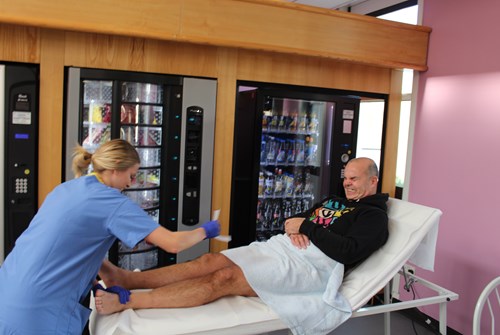