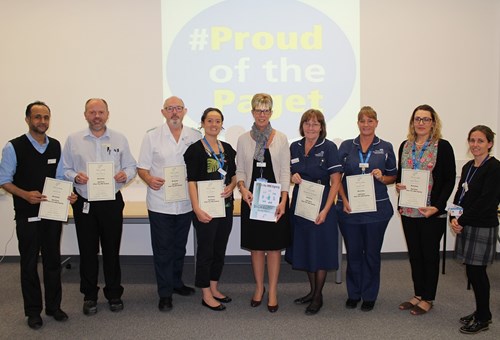 Certificates were recently presented to staff who completed the Signalong course.

Signalong is a sign supporting system that aims to give medical staff and professionals skills so they may communicate more effectively with patients with communication difficulties especially people with learning disabilities who are taught this skill as their first language. The spoken word should accompany every sign. Many people with communication problems find the trauma of being unable to make themselves understood so demoralising and may become quite distressed, anxious and frustrated.  Signalong is designed to relieve the stress caused by challenges to communicate in conventional ways.

During Learning Disability Week, in June 2017, the course was completed by 35 members of staff across the organisation as part of a series of events to raise awareness of signing and the valuable role it has in ensuring person centred care.

Rebecca Crossley is the James Paget’s Learning Disabilities & Autism Specialist Nurse, who started the #getthenationsigning Twitter hashtag which has now reached over 57 million impressions on the social media platform, raising awareness of signing.

She says; “Signalong also supports the #hellomynameis campaign, to encourage staff around the hospital to introduce themselves to patients, and to communicate effectively with everyone. Signing ensures the #hellomynameis is inclusive to patients where verbal communication is a challenge. It encompasses all the values that were started by the late Dr Kate Granger (pictured) who revolutionised the NHS and its communication with patients. The certificates were given out to mark the successful completion of the course and to thank staff for taking part and engaging in the learning programme.”

Funding has been secured for a more in-depth course in January for staff keen to learn more. 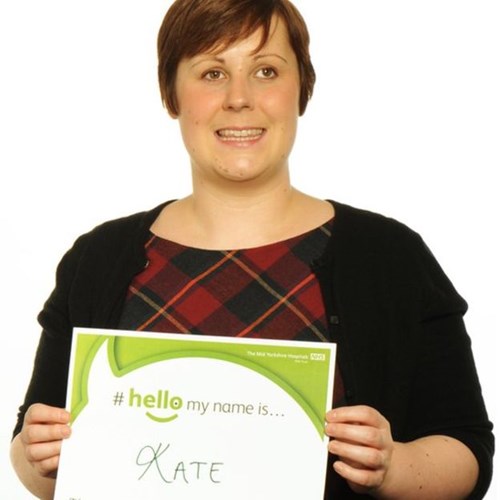