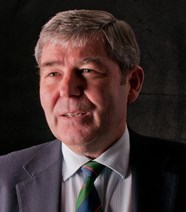 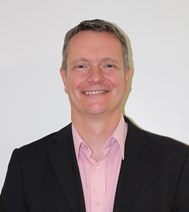 Earlier this year, the hospital advertised for two people to join the Board as Non-Executive Directors (NEDs) to oversee the development of local healthcare.

NEDs work alongside the Trust’s Executive team to ensure that the hospital provides quality care and continues to develop and improve its services for patients.

The two roles required very different skills – one was for an experienced clinician to lead on quality governance and the Board’s Safety and Quality Governance Committee, while the other required strong legal knowledge.

Applicants for both positions also needed to demonstrate excellent interpersonal skills, a talent for influencing change, the ability to question, challenge and be independent-minded – and a passion to ensure that patients receive quality care.

Previously an honorary senior lecturer in Rheumatology at the University of East Anglia and at the Royal London Hospital Medical College, David Scott is a consultant rheumatologist and fellow of the Royal College of Physicians. He has undertaken a range of roles during his career, including director of research & development at the Norfolk & Norwich University Hospital and Clinical Director of Norfolk & Suffolk Comprehensive Local Research Network, and was a lay member on the CCG.

He was a UEA Council member from 2000 to 2006, and has served on numerous committees and groups covering finance, human resources, research and strategy areas. Nationally, he was president of the British Society for Rheumatology between 2002 and 2004 and held a number of roles with the Royal College of Physicians, as well as being an MSc course external examiner at King’s College London.  He has also worked as medical advisor to national charities including the National Rheumatoid Arthritis Society (NRAS).

A partner at Spire Solicitors LLP in Norwich, Roger Margand has extensive experience in commercial legal transactions, advising management teams and drafting and reviewing commercial contracts. He has worked with charity and non-profit organisations alongside property developers, surveyors, banks and pension funds and has provided regulatory advisory and support for a variety of boards as well as company secretarial services.

A graduate of the University of East Anglia, he was admitted to the roll of the Law Society in 1996 after qualifying as a solicitor and also holds Chartered Institute of Marketing and Advanced Employment Law qualifications.

Chair of the Trust Anna Davidson said; “I’m delighted to welcome Roger and David to the Board and look forward to working with them. Both are very skilled and experienced in their fields and the value that they will add to our work will be considerable.”

Both men have been appointed to the Board for their first three-year term of office, which started on 1 September 2017 and will run until 31 August 2020.