New eye clinic facilities which offer a sight-saving treatment have been officially opened at Beccles Hospital. 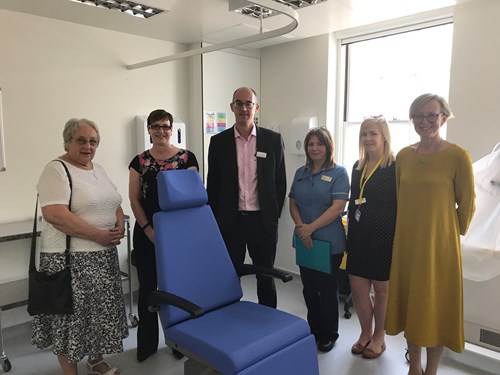 The James Paget University Hospital’s ophthalmology team are using the facilities to offer patients a range of services, including a procedure to combat the effects of wet Age-relative Macular Degeneration (AMD), which is the most common cause of blindness.

Members of the team showed invited guests around the new facilities on Friday (20 April), which include a treatment room where patients receive the injections into the eye ball which combat AMD. 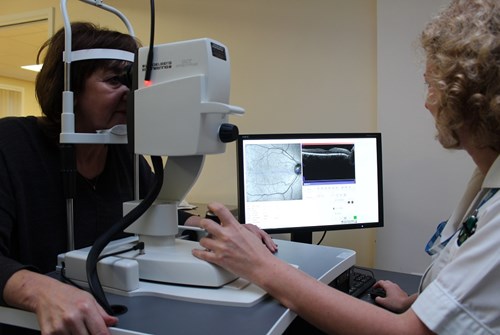 Wet AMD affects the macular, which is the central part of the retina that allows people to see by detecting light. It is caused by scar tissue which is created as part of an out of control healing process when tiny blood vessels grow and leak at the back of the eye.

Symptoms include distortion of vision, which means that straight lines look bent, and leads to blindness within five years without the injection treatment, which only became available10 years ago.

The injections are helping save patients’ sight when previously they would have gone blind – and rates of blindness have halved since they were introduced.

The Eye Clinic facilities at Beccles Hospital will help meet growing demand while providing a service closer to home for residents in Beccles, Bungay, Halesworth and the villages of the Waveney Valley.

They have been created by JPUH working in partnership with Great Yarmouth and Waveney Clinical Commissioning Group, with support from the Friends of Beccles Hospital. 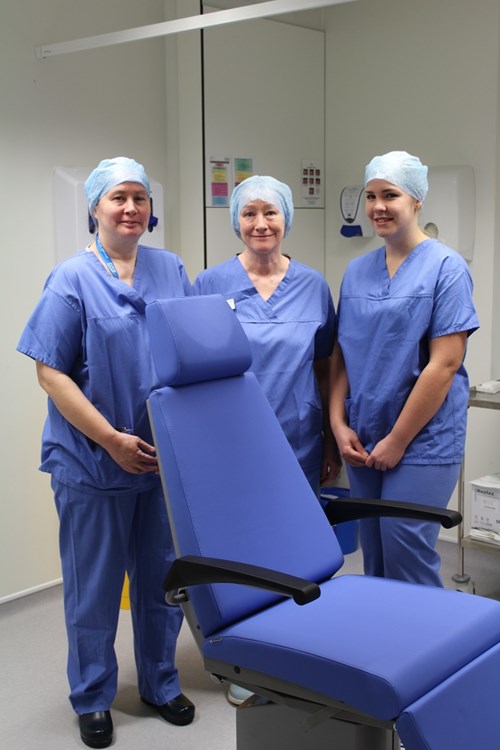