ADHD Nurse Specialist Kevin Barnard has enjoyed a day out at Wimbledon, fulfilling a lifelong dream, after being one of 35 individuals picked from thousands in a draw to mark the 70th birthday of the NHS. 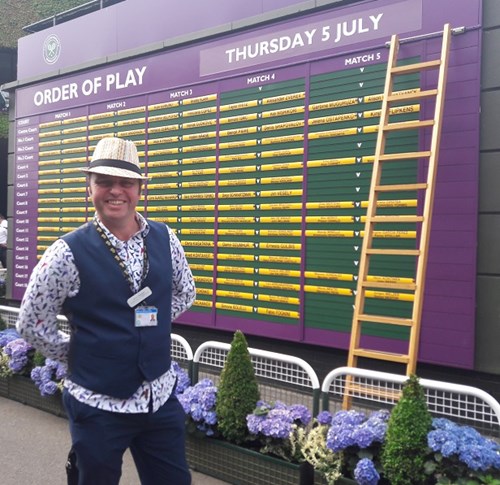 As part of national celebrations, NHS England offered staff the chance to enter a draw to win tickets for a number of key sporting events, including Wimbledon, the Rugby League Challenge Cup and the England V Nigeria international match in June.

Kevin, who works in our paediatric outreach children’s community nursing team, was one of 35 winners to win a pair of tickets to Wimbledon on the actual birthday – Thursday 5 July – taking his wife with him to enjoy a day at the world renowned tennis tournament. 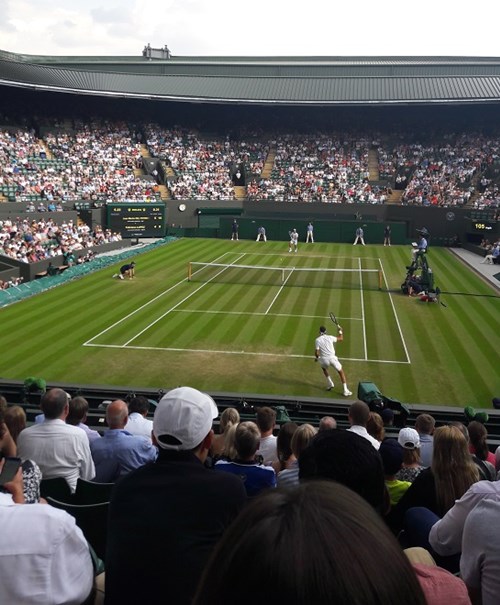 Kevin, who entered the draw in April, said he’d only found out his name had been picked for the event the week before but made the most of the opportunity staying from 10.30am until 7.30pm.

“It was lovely to represent the NHS on its birthday and fulfil my dream of visiting Wimbledon in the same day. We were very excited and it was great to have an NHS badge as people commented on how we deserved to be there. I’d absolutely recommend it to anyone who enjoys tennis - it was a really good day.” 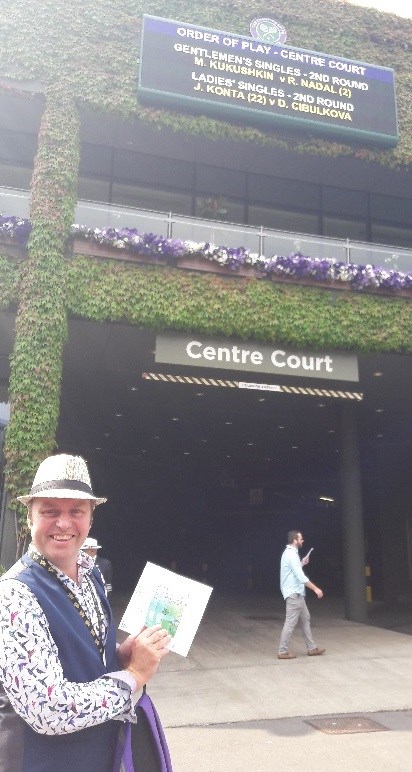