The James Paget has a new hospital chaplain – Reverend Daniel Pritchard – who has had a varied career as a police officer, youth worker and Baptist minister. 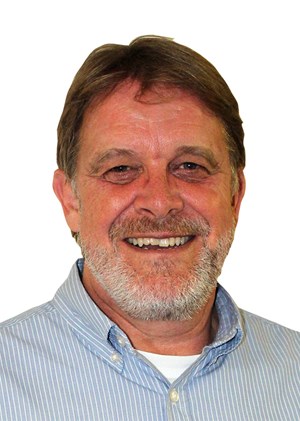 Born in London, Danny served as a Norfolk Police officer between 1979 and 1984 but, after five years, decided his future lay elsewhere and became a youth worker.  As a Christian he eventually chose a new path as a Baptist minister and he was ordained in 1999.

His career then took him to several parishes in Sussex including Brighton and Battle, where he also was Director for Ministry at Christian conference and residential centre Ashburnham Place, before returning to Norfolk to manage a similar centre at Letton Hall near Dereham.

He has also been working as a volunteer chaplain for the police for the past few years but chose to take up the opportunity of a new role at the James Paget – despite an hour commute from his current home in Dereham.

He says; “So far it’s going well and I’ve been to many of the wards and departments, but I’m still getting used to it all at the moment. I hope staff and patients will say hello if they see me and I will be visiting different areas to ensure I become a familiar face alongside Lead Chaplain Alan Palmer and other members of the team.

“Patients, visitors and staff are always welcome to see us in the chapel or our office nearby too if they would like to have a chat.”

Married with three grown-up children, four grandchildren and a West Highland White Terrier named Lizzie, Danny lists sailing as his main hobby, alongside birdwatching and photography linked to the sailing. He is now looking for a new home near the Broads to cut the commute and to give easy access to more time on the water.