Some 200 guests attended a glittering awards ceremony, held at the Wherry Hotel, Oulton Broad, on 5 October.

This year saw more than 300 nominations from both patients and staff for the awards. 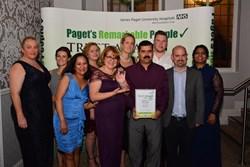 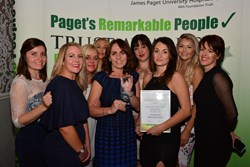 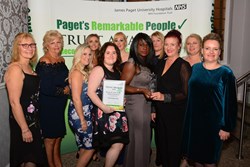 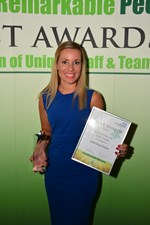 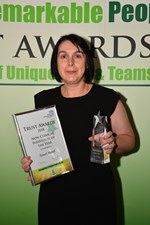 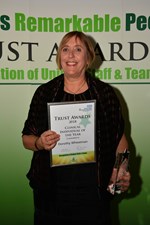 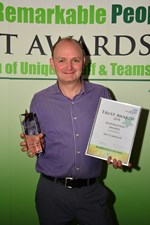 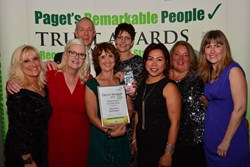 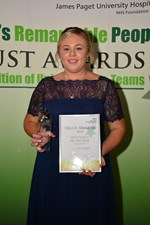 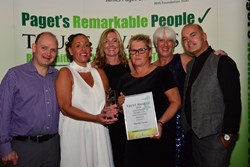 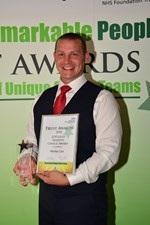 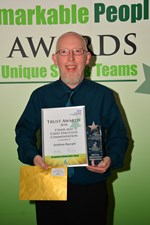 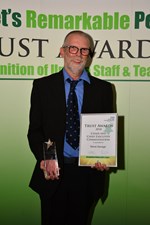 Team of the Year – Clinical went to the  Community Midwifery Team, who were praised for their outstanding commitment to their patients. This included getting out to appointments across the area during the heavy snowfall caused by the ‘beast from the east’ thanks to the support of local 4x4 drivers.

Community Midwifery Manager Joanna Keable said she was delighted that her team had been recognised at this year’s awards.

“They are all stars,” said Joanna. “It is brilliant to lead such a hard-working, dedicated team which always puts mums and mums-to-be first, come rain or shine – or snow and ice! I am so pleased for them.”

Non-Clinical Team of the Year went to the Discharge Hub, which is a multi-agency team focusing on helping medically-fit patients leave hospital as soon as possible.

Team leader Ola Finch said: “I’m both surprised and thrilled that we have won! It’s only a year since we began our work so to receive this award demonstrates that we are having a positive impact – and that we are helping reduce delays so that patients can get home more quickly.”

The Inspiration Award – presented for the first time – went to Emergency Department Consultant Dr Jim Crawfurd. Jim was nominated by colleagues, who described him as a “true leader”, “positive and supportive” and “one of the most committed, hard-working, caring, compassionate and patient-focussed doctors I have had the honour to work with.”

“I am overwhelmed” said Jim. “I feel privileged to work with some exceptional colleagues in the department. It has been an extremely busy year for us. But the strength of teamwork and the support with give each other means we have been able to remain focused on delivering care for our patients, despite the pressures – and I am very proud of that.”

Christine said: “Once again, the Remarkable People Awards has given us the perfect opportunity to celebrate our fantastic staff, who time-and-again show their commitment to providing quality care for our patients.

“The hard work and achievements of all our finalists demonstrate why the James Paget is a great place to work - and I would like to congratulate them all.”

Anna added: “The Remarkable People Awards really showcase the breadth of talent we have in the Trust – and all of our finalists should be extremely proud of their achievements.”