A year in which staff again met the challenge of high demand while patient services continued to be developed was the focus of the James Paget University Hospitals NHS Foundation Trust’s  annual general meeting. 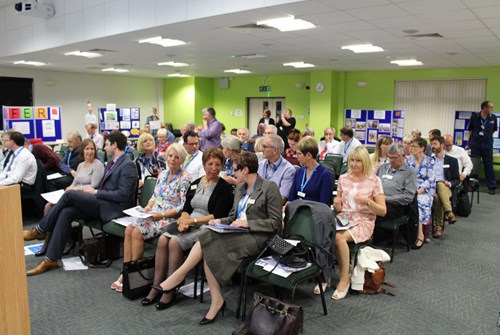 The AGM was held on Wednesday, 19 September at the hospital’s Burrage Centre – and guests were given a series of updates on the Trust’s performance during 2017/18 in key areas including patient care, finance and hospital developments.

In a new development this year, the Trust presented these updates in a video, which can be accessed by clicking on this link: AGM 2018

The keynote speaker at the AGM was Consultant Ophthalmologist Tom Butler, who outlined how the Trust’s ophthalmology department was facing demand which had increased by 30% in just six years.

To help meet that increase, new facilities had been opened at Beccles Hospital to treat a range of eye conditions, including wet Age-related Macular Degeneration (AMD), which is the most common cause of blindness in the UK.

Wet AMD is treated with injections into the eye ball which combat wet AMD.

Wet AMD affects the macular, which is the central part of the retina that allows people to see by detecting light. It is caused by scar tissue which is created as part of a healing process when tiny blood vessels leak at the back of the eye.

Symptoms include distortion of vision, which means that straight lines look bent, and leads to total blindness within five years without treatment, which involves injections into the eye ball.

Guests also heard from Lead Governor Jane Harvey, who outlined the activities of the Council of Governors during 2017/18 – as well as a report from auditors KPMG. 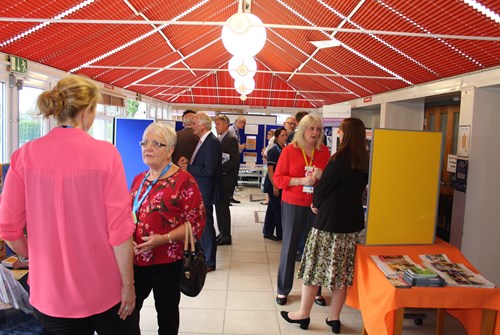 Earlier in the evening, there was an opportunity to browse exhibition stands hosted by various departments from around the hospital, featuring key areas of work including dementia care, transformation and research and development. 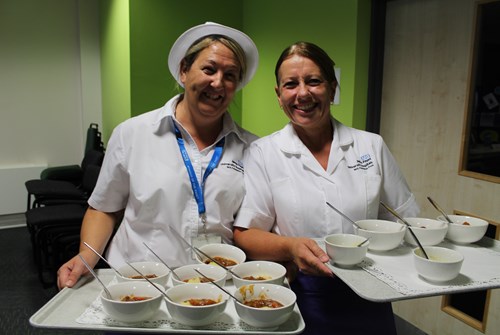 The evening ended with guests being treated to a taster menu featuring a range of dishes – including beef casserole with mashed potato, chicken curry, mushroom stroganoff and apple cake – all freshly-prepared by the Trust’s in-house catering team.

It had been a busy day for the team, who earlier in the day had welcomed top Norfolk chef Galton Blackiston, who opened the hospital's Aubergine Restaurant which was given a new-look over the summer.