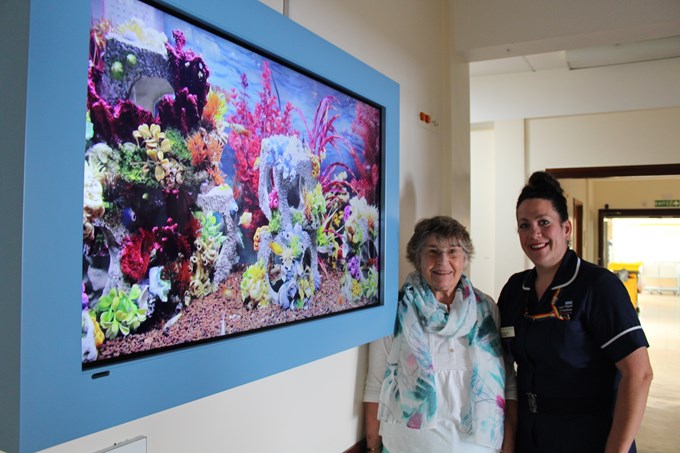 A TV screen with a difference is helping entertain patients on a ward at the James Paget University Hospital.

The new digital display shows an aquarium full of gently moving but brightly coloured fish – and is designed to be calming and comforting for patients.

It was officially unveiled this week on Ward 12, where staff care for older patients, some of whom have dementia.

The purchase of the screen was made possible thanks to the family of the late Rod Roper, of Broome, near Bungay, who died earlier this year.

Mr Roper was cared for on Ward 12 – and his family raised £2700 so staff could purchase the screen.Donations came from friends including members of the Waveney Model Flying Club – and daughter Laura Dean boosted the funds by successfully completing the London Marathon.

The unveiling was attended by members of Mr Roper’s family including wife Karen and daughter Sue Cleveland, who is a senior sister at the hospital.