Reducing the number of babies treated for suspected sepsis 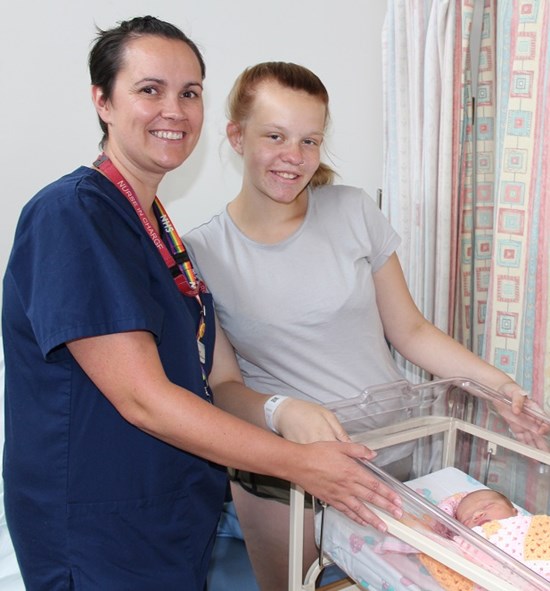 A new approach to supporting mothers in labour at James Paget University Hospitals NHS Foundation Trust has almost halved the number of babies being treated with intravenous antibiotics for suspected sepsis at full term.

Previously the trust’s maternity unit admitted and treated 20 new-born babies born at term each month for the potentially life-threatening condition, which requires rapid intravenous antibiotic treatment for 36 to 48 hours.

New procedures have reduced the number of babies being treated with suspected sepsis to between 10 and 13 a month.

It means that up to 10 babies avoid unnecessary antibiotic treatment, separation from their mothers shortly after birth and up to three days’ stay in the trust’s neonatal or transitional care units.

For example, previously the babies of all women whose temperature rose above normal in labour, known as pyrexia, were treated at birth as if they had infection or suspected sepsis, even though the mother’s temperature may have been caused by exertion or dehydration.

Now mothers who show signs of developing pyrexia during labour are given extra drinks, are cooled with air conditioning and damp flannels and their temperature is regularly monitored. If it reduces for a sustained period and there are no other signs of sepsis, the baby is no longer treated following delivery, enabling mother and baby to stay together.

Quality Improvement Midwife, Alana Hunt, who led the quality improvement programme over 12 months for the trust, said: “We aimed to reduce the number of babies admitted to the neonatal unit with suspected sepsis, as well as ensuring we were not treating any babies unnecessarily - reducing separation, invasive procedures and antibiotic treatment. We have achieved, on average, a 40% reduction of babies being treated with suspected sepsis, which is a fantastic result for us and the families we care for.

“As a midwife, it’s very satisfying to provide safe, quality care to our mothers and babies, ensuring wherever possible, that they stay together at such an important time and giving them the best possible start in life. We wouldn’t have been able to do this without the teamwork and commitment of our staff, ongoing support from our management team and the fantastic training we received from the Maternity and Neonatal Safety Improvement Programme.”

Quality Improvement Midwife, Alana Hunt, is pictured with mum Jessica Burrows from Lowestoft and her new-born daughter, Everleigh, who benefited from the new procedure.