A dedicated senior nurse is celebrating after becoming an MBE in the New Year’s Honours List for her services to nursing during the pandemic.

Jacky Copping, who is the James Paget University Hospital’s Deputy Director of Nursing, started training as an enrolled nurse at the hospital more than 35 years ago, undertaking a conversion course and becoming a registered nurse in 1987. 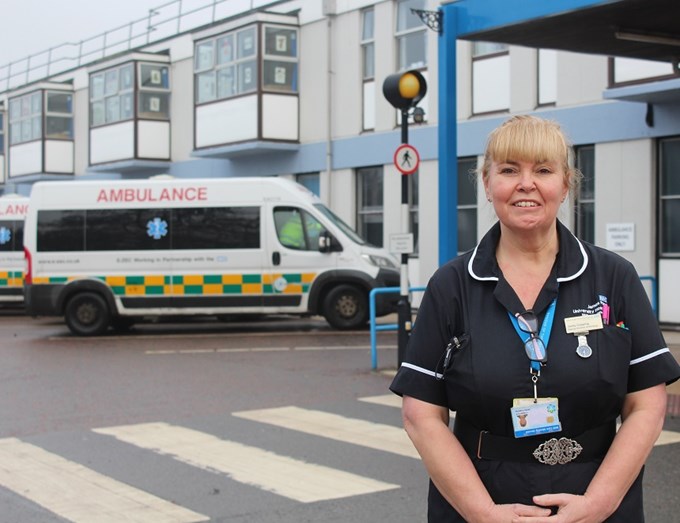 The 54-year-old, who lives near Beccles, soon specialised in orthopaedic nursing – and in 1998 was promoted to senior sister, overseeing the newly-opened orthopaedic rehabilitation ward at Lowestoft Hospital.

“I was totally shocked when I heard,” said Jacky. “I am just doing my job – so to be nominated is quite overwhelming.

“It also gave me pause for thought - I know that my Dad will be looking down on me and feeling so proud of his daughter.”

Jacky attributes her choice of career to her mum, who encouraged her to consider nursing. “It’s amazing really, because I never used to like hospitals! But once I started working in one, I quickly realised it was the job for me,” she said.

“The science of nursing you have to learn. But if it’s in your nature to be kind, caring and compassionate, you are at least halfway there.”

The COVID-19 pandemic has presented the biggest healthcare challenge but Jacky said she was so proud of the teamwork displayed by the staff at the Paget.

“We’re one big team – and the way staff have responded during the year has been amazing. The pandemic has really tested people’s resilience but throughout, staff have given 110 per cent to keep the quality of patient care at a high level, while looking after each other too.”