A doctor and nurse who work at the James Paget have come to the medical aid of a passenger on a British Airways flight on route home from a holiday in Mexico.

Ari Sivakkolunthu, who is currently training to become a surgeon, was returning from Cancun earlier this month on an overnight flight to Gatwick when, two hours into the nine hour journey, a passenger became very ill on board.

Cabin crew put out an appeal for doctors and Ari and a GP responded. With his training and background, Ari quickly took charge and assessed the patient who was in considerable discomfort. The man reported that he had been in pain and had been vomiting over the previous 12 hours, and had a distended stomach. He also had a history of previous surgery.

Quickly realising that the situation was serious, Ari called upon the crew and Paget diabetes specialist nurse Joana Roriz, who he was travelling with, to assist. Using only what was available on the plane, Ari managed to stabilise the man and, with Joana’s expertise, they managed to look after the man successful for the next seven hours.

Ari said; “When I asked the crew what they had on board I was really impressed with the kit they brought – including cannulas, intravenous fluids and medication.

“Joana came to assist with getting his line in and we set up an IV using a hanger to put the drip up in the cabin. We liaised with a specialist in the USA to ensure we were doing everything possible for him and we continued on to Gatwick, monitoring his blood pressure and making sure he was comfortable.

“It felt really good that I was able to help him – he had been in so much pain and I was pleased that we were there and able to assist.”

On arrival at Gatwick, once the passenger had been safely transferred to waiting paramedics, Ari received a standing ovation from the rows of passengers around the area where he had been working. He was also presented with two bottles of champagne by the crew. 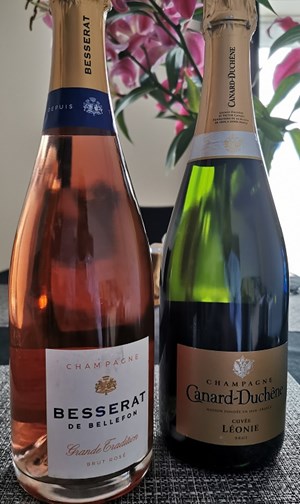 Ari has been at the James Paget since 2014 and this is the second time he’s come to aid of a passenger on a flight – after previously dealing with another medical emergency on an Air India flight, where he used the paracetamol he had on him and medication from others on board to treat a passenger until further medical help could be obtained.