More than £1,500 has been raised for the James Paget University Hospital Charity by three young men from Leicester who took part in the Lyke Wake Walk earlier this month. 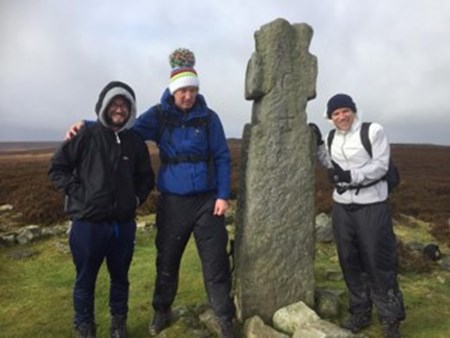 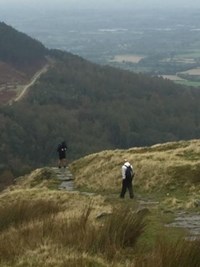 The walk is a challenge across the highest and widest part of the North Yorkshire Moors national park and Jonathan Briggs and his friends Greg Doughty and Paul Allen completed the challenge in just under 14 hours, walking 33km in six hours and 45 minutes on the first day of the challenge and completing the remaining 29km in seven hours on day two. The walk took them from sea level up to 400m at various times during the course of the two day hike.

Jonathan said; “It was arguably one of the most difficult activities I’ve ever done in my life but it’s done and we’ve managed to raise well over £1,500 for the James Paget Raise A Rainbow Appeal.”

It’s not the first time the trio have completed challenge fundraisers, having previously raised money for a children’s hospice in Loughborough and a cancer charity in Leicester through undertaking both the Yorkshire and National Three Peaks challenges. This time the James Paget appeal will receive the funds in memory of Jonathan’s aunt, Annette Burgess, who received treatment for coronavirus at our hospital before she sadly passed away in April.

Thank you Jonathan, Greg and Paul for your amazing efforts, and thanks to all who supported your fundraising too. 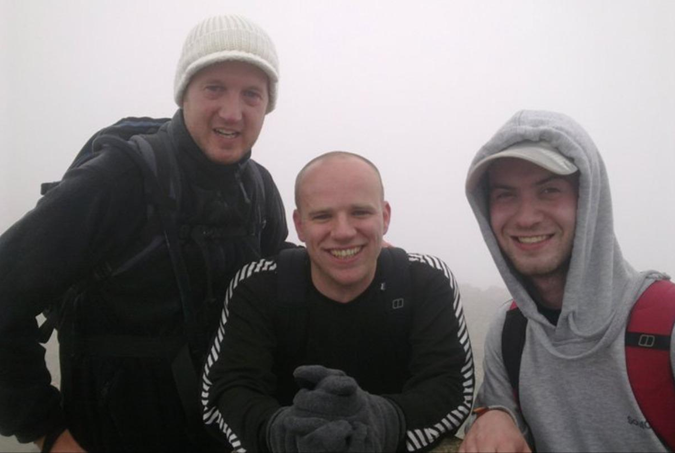