A member of James Paget University Hospital staff is set to play a key role in the NHS, Social Care and Frontline Workers Day, being planned to mark the 73rd birthday of the NHS and to celebrate the role workers in a variety of industries have played during the Covid-19 pandemic.

On Monday 5 July a variety of events are planned – including the NHS Big Tea – and at 1pm there will be ‘The Nation’s Toast to the Heroes’.

The Nation’s Toast will be led by four women who will be at the top of the highest peaks in England, Northern Ireland, Scotland and Wales – and Tara Haines, from the James Paget, will be the woman at the top of Scafell Pike – England’s highest point. 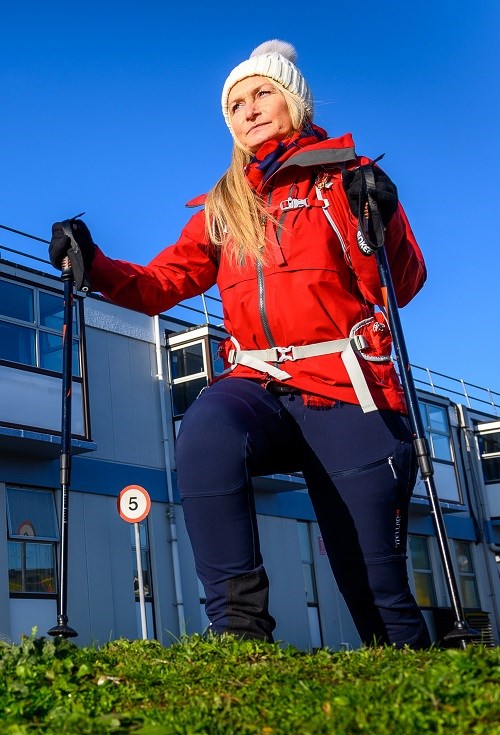 Tara, a Project Manager in our Transformation Team,had previously been planning to raise money for our hospital charity through a hike of Scafell Pike on 8 May 2020, to mark the 75th anniversary of VE day. Due to the Covid-19 pandemic this was postponed but Tara was keen to carry on with her fundraising and jumped at the opportunity to lead the Nation’s Toast.

She said; “I am extremely honoured to have been asked to lead the Nation's Toast to the heroes of the NHS, social care and frontline workers from the summit of Scafell Pike.  The four of us will represent staff who are constantly playing such a brave and vital role in our battle against the virus.

“Scafell Pike is the highest mountain in England at 978m, and it is a tough, steep hike that will involve scrambling over hard terrain – and of course I have to reach the summit before the Toast at 1pm, so it is involving some planning.

“I am proud to say I have worked in the NHS at the James Paget for over 25 years and I will be raising funds to assist with enhancing our hospital's facilities. Every breath and step I make on my ascent to the summit of Scafell Pike, will be in thanks to all the heroes of the NHS and in memory of all those, including my own father, who have died over last year.

“Thank you to all those who have already sponsored me.”

The toast Tara will give will be ‘To those who give so much, 24hours a day, seven days a week within the NHS, social care and on the front line, we thank and salute you’.

You can donate to Tara either via our James Paget Charity website here; James Paget University Hospital Charitable Fund (jpaget-charity.org.uk) or via Virgin Money Giving; https://uk.virginmoneygiving.com/NHSDAY-5thJuly-ScafellPike-Tara

For more information about the day please visit https://www.nhsfrontlineday.org/programme/