We’d like to introduce you to our new Armed Forces Advocate Chris Blyth, who has joined our team to provide support to patients who have served and ensure that our hospital is a friendly and welcoming place for staff, patient and visitor veterans and serving personnel. 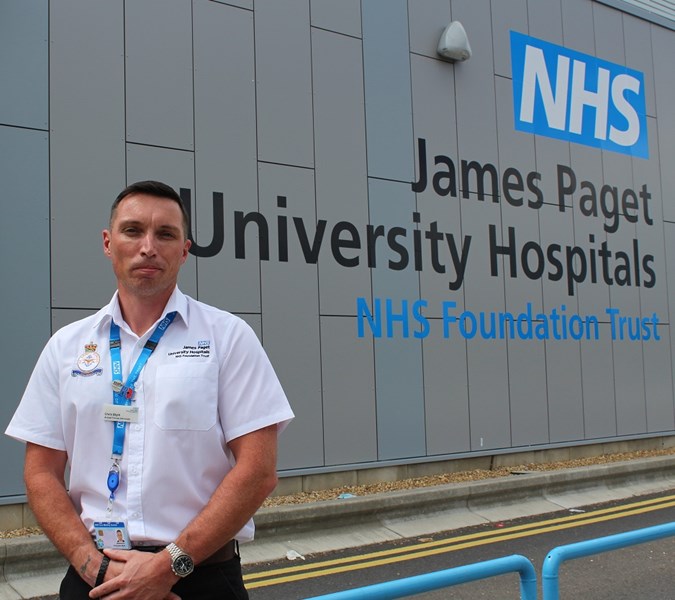 Chris was born in Great Yarmouth and went to school at Wroughton and Lynn Grove before joining the British Army inApril 1999 as a mechanic.

After training he spent the first eight years of his career living in Germany and Central America, before progressing to engineering manager and starting to teach leadership and management to develop future leaders.

In 2017 he was promoted to the highest non-commissioned rank and was the organisational lead for Transformation, Engineering and change implementation.

Chris joined the James Paget in May after completing a 23 year career in the Army which included two operational tours and saw him working in countries including Poland, Spain, Norway, Austria, Afghanistan, Oman and Belize.

Our hospital has introduced the role, which has been created and supported by Veterans UK and NHS Improvement, to help address inequalities faced by some of the armed forces community when accessing NHS services.

In the past many hospitals have highlighted the importance of veteran care but not had a specific role to focus on service personnel support.

In the new role, Chris will work to identify and talk to veterans or serving personnel that come into the hospital to see if there is any additional support that could help them.

He will engage with local communities, support organisations and charities, and aim to enhance staff awareness through training and communication.

He says; “I will be looking at how we can better support veterans both in the community and those who work in the hospital.

“This could include assistance from one of the many military charities and organisations, both local and national, that can help with a number of issues, from mental health to housing and support groups.

“I will be speaking with patients who are serving or veteran personnel to identify the right support and will make initial contact with the organisation/charity for them before handing details to the veteran, or an appropriate family member, to continue.

“I am also here for veterans and reservists that work in the hospital should they need support and they can contact me at any time.

“The Trust already does a good job supporting veterans and serving personnel, and has been accredited by Veterans Aware, awarded Silver by the Defence Employer Recognition Scheme, and is signed up to Step into Health, which supports veterans to work in the NHS, but we can always improve.

“I will work to ensure we maintain and hopefully improve on accreditation already gained and, using Step into Health, I will support veterans that apply for jobs in the Trust, helping them to identify the skills they have learned in the military and how they transfer to jobs in the NHS.”

Chris is currently working on ways to identify veterans as they enter the hospital. To this end, patients may be asked if they have ever served in the Armed Forces and if they would like to speak to him as the Armed Forces Advocate.

Anyone who has served can also identify themselves as a veteran and/ or ask to be contacted by Chris.

A veteran is anyone that has served at least one day in the armed forces both regular and reservist.

Chris was out at the Armed Forces Day in Lowestoft on Saturday 25 July, to network with Forces charities and to raise awareness of his new role. 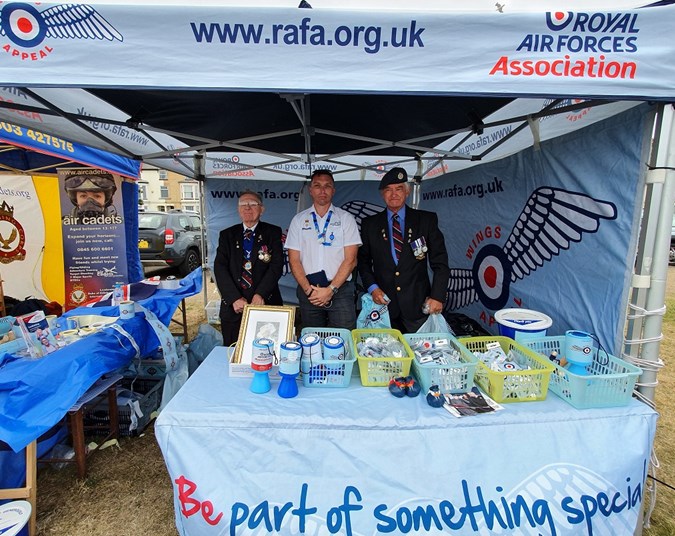 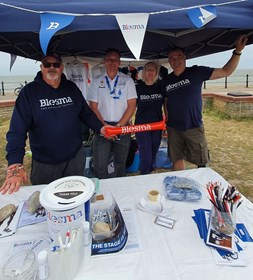 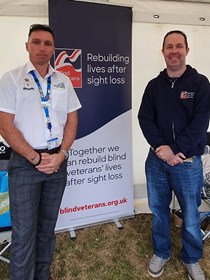 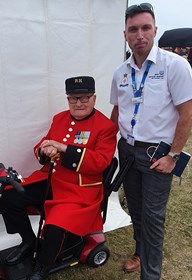 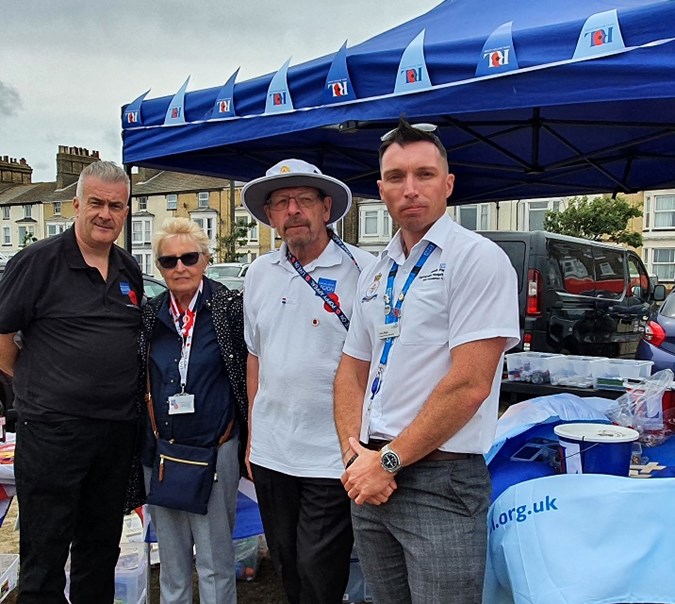