Thank you for surgeon after charity climb

One of our patients has completed a charity climb of Ben Nevis, raising money for the Waveney Deaf Children’s Society, and has thanked one of our surgeons for his support along the way.

Zak Bircham scaled Ben Nevis - the highest mountain in the UK, close to Fort William in Scotland – with six friends. After his success he took time out to contact Consultant Surgeon Mr Vamsi Velchuru to say thank you.

He said; “After finding out I had neuroendocrine cancer tumours I found myself in a very dark place. I had a six-monthly check with Dr Velchuru and he could tell that I was not myself, so he sat me down and spoke to me in a way I could relate to. He didn't try to rush me out and told me about his previous experience with cancer and how it affected him and how he overcame it. I came away from that check up with a completely different mind set and I decided to take a leaf out of his book and try and find the positives out of all of this. After this, me and some friends decided to complete Ben Nevis to raise money for charity.

“All in all we raised £5000 between us for Waveny Deaf Children's Society and I would never have been part of this worthy cause if it wasn't for Dr Velchuru, so I just want to say a massive thank you to him and his team. We are hoping to complete some other things for charity in the near future.”

Mr Velchuru is no stranger to charity fundraising having completed several events – including a London to Brighton Cycle Ride with two colleagues raising money for our hospital charity, raising more than £6,800 for Bowel Cancer UK through the Decembeard campaign, and, more recently, taking part in a Loch Ness cycle ride to raise funds for Macmillan Cancer Support with the same colleagues  – since his diagnosis and treatment for lymphoma seven years ago.

He said; “I’m so pleased to hear of Zac’s achievement – it’s brilliant to hear and see him taking such positive steps and supporting others through his fundraising.” 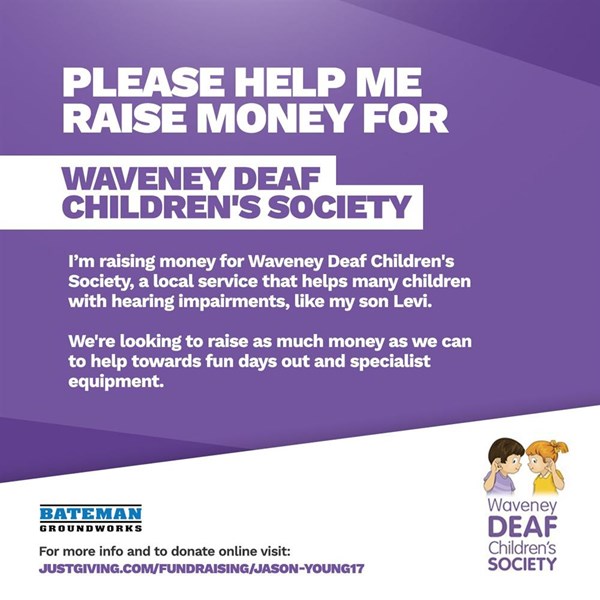