A neurologist at the James Paget University Hospital has put pen to paper to record his experiences caring for patients across different countries.

Carlo Canepa, who is the lead consultant neurologist at the hospital, has just had a book published which charts a career which has seen him treat patients on three continents.

The book – Nationality: Medicine, a journey of medical discovery and personal identity – takes readers from San Francisco, where Dr Canepa grew up, all the way to Norfolk via the Peruvian capital Lima and southern Spain. 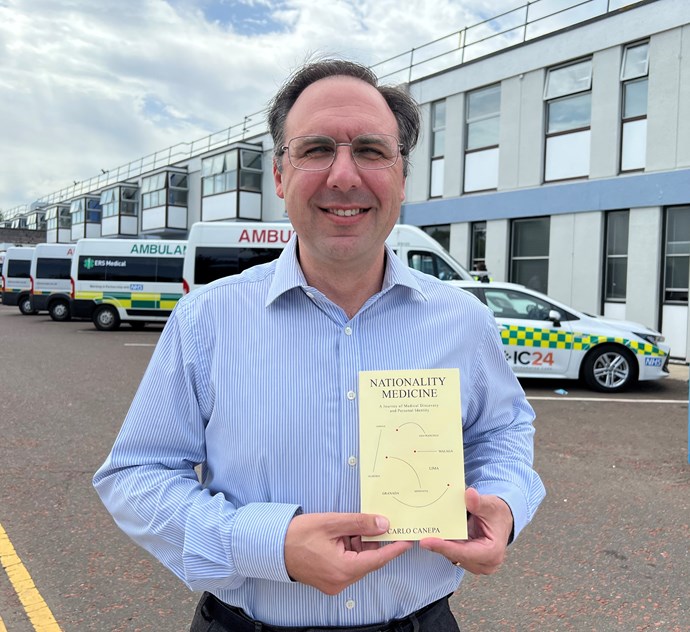 It tells of Dr Canepa’s fascination with medicine in general and with neurology in particular.

At the age of 10, he moved from San Francisco to Lima, Peru where he lived for many years, during which time he completed his medical career and neurology speciality.

After his years in Peru, Dr Canepa headed to Andalucía, Spain where he treated patients for five years and completed his Masters in Stem Cell Research.

Then, in 2013, he decided it was time for another change – and applied for a role as a stroke consultant at the James Paget.

“The NHS is seen as a great example of high-quality medical care around the world. I’m grateful and honoured to be a part of it."

It is a decision he has not regretted and Dr Canepa is now settled in Norfolk with his wife Lorena and daughter Valentina.

“Since I arrived at the James Paget, I’ve always felt welcomed,” he said. “Working here is like being part of a family and, even though I am far away from home, it’s the closest I feel to home."

Dr Canepa has written several books, all of which are academic and in Spanish. Nationality: Medicine is not only his first book aimed at a wider audience, but also, his first written in English.

“After assessing and treating patients in different socio-economic and cultural settings, I’ve come to the conclusion that the values that the medical profession requires and demands are universal, transcending religion, culture, languages and geographical boundaries.”

Nationality: Medicine, a journey of medical discovery and personal identity is published by Austin Macaulay Publishers and available on Amazon and other major outlets.