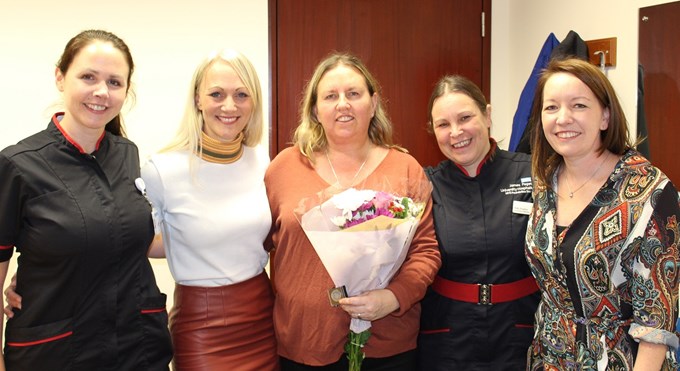 One of our Maternity Support Workers has received a Chief Midwifery Officer Award for her hard work and dedication.

The award recognises excellence and on Friday, 25 November, Racheal Crane was presented with the award badge by our former Head of Midwifery Kirsty Cater during a nurse leader virtual event.

MSWs have to meet criteria including consistently demonstrating the values of the NHS, delivering the highest standards of patient care, ensuring patient respect and dignity, contributing to the development of services, building good relationships with patients and championing equality and inclusion.

Racheal was nominated for the award by Claire Whitehouse, a colleague at the James Paget, who praised Racheal as ‘one of the most inspiring people’. The nomination was supported by both Kirsty Cater and our Chief Nurse Paul Morris.