The Veterans coffee morning held at the Louise Hamilton Centre last Thursday proved to be a great success with more than 40 former service personnel attending the first event organised by our Armed Forces Advocate. 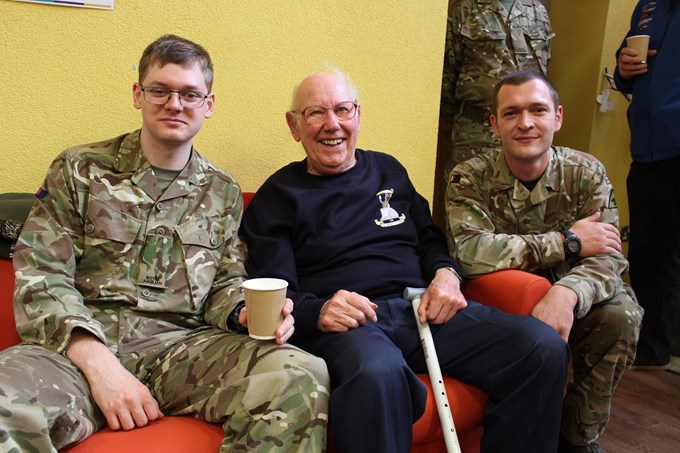 Members of the Royal Anglian Regiment also came along in uniform to talk to local veterans, giving generations of service men and women the opportunity to meet and speak to each other and to hear from Chris Blyth, who took on the new Armed Forces Advocate role at our hospital earlier this year. Chris explained more about his role and provided more information about the support available to veterans.

There was a question and answer session which also generated new ideas to take forward, and members from support organisations including Project Nova and local community hubs have linked in with Chris to liaise on the help that can provided to veterans.

Chris said; “The event was very well received and requests for another have been made. We will look to hold another coffee morning in the new year with speakers from other support organisations and this will be publicised through the usual channels, including our hospital Facebook account. Thank you to everyone that attended.”

A number of resources are now available via our Armed Forces Advocate webpage here, including ‘Latest news’ which includes details of a national Veterans’ survey – the first government exercise to collect feedback from the veteran community across the UK.