This year saw more than 360 nominations from patients, their families and staff for the awards. 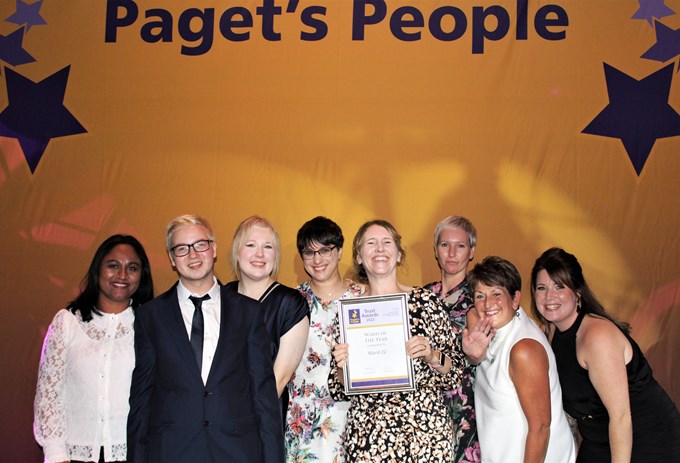 Some of Ward 22 team, who won Ward of the Year.

For the first time, the event featured a Fundraiser of the Year award, which went to joint winners Christopher Liao, Vamsi Velchuru and Lokesh Surparaju, who raised more than £2200 for our hospital charity after completing a London to Brighton cycle ride; and Tara Kent, who scaled England’s highest peak on Frontline Workers Day to lead the National Toast to NHS staff and others who worked through the pandemic, raising almost £1000 for our hospital charity in the process.

Joanne said: “It was fantastic to be able to highlight some of the teams and individuals who have made a real difference to our patients and supported colleagues through what have been some tough times.

“With more than 360 nominations, our Paget’s People judges had great difficulty in selecting our finalists and winners, all of whom did something exceptional that was recognised by a colleague, a patient or a family.

“I would like to congratulate all the individuals and teams who made it through to the finals by demonstrating their dedication to patient care and great teamwork.”

Anna said: “After a two year gap - and a virtual awards ceremony last year - it was great to be back at the Ocean Room to recognise the exceptional work of some truly remarkable individuals that make us all proud to be part of the James Paget University Hospital team.”

“I would like to thank all those involved in organising the event - and all the sponsors for helping us make this year’s ceremony so memorable.” 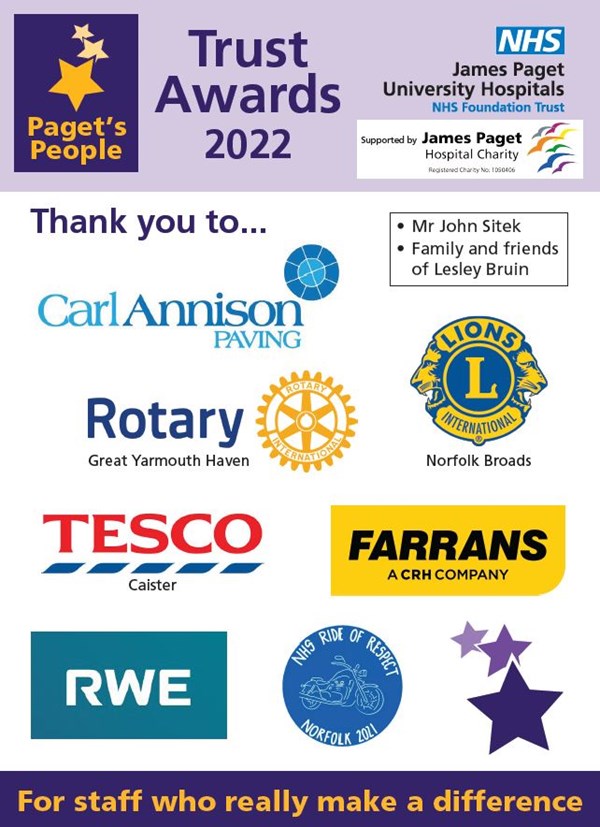