Thank you to Top Body gym after £400 donation 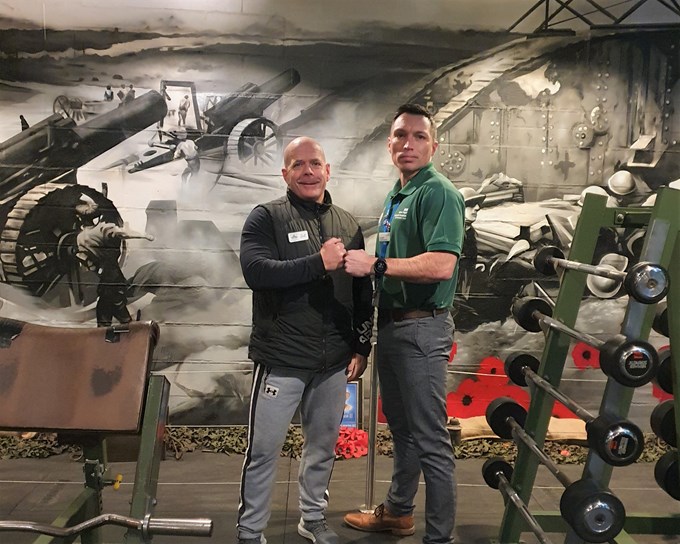 We’d like to say a big thank you to Scott and the team at the Top Body gym in Gorleston who have handed over £400 to support the work of our Armed Forces Advocate.

In the run up to Remembrance Day in November Scott hosted a number of different events to raise money to support local veterans and he recently handed over £400 to Chris Blyth, the James Paget’s Armed Forces Advocate, to support his work with veterans at the hospital.

Scott himself is a veteran and his generosity will now help fund support for former service personnel, including another Veterans Coffee Morning event.

Chris said; “We’d like to thank Scott for his hard work and support and thank everyone who contributed to his fundraising. The money will go towards helping local veterans who visit our hospital and some will be used to support the next Veterans Coffee Morning, which will be held in the Louise Hamilton Centre in the New Year.” 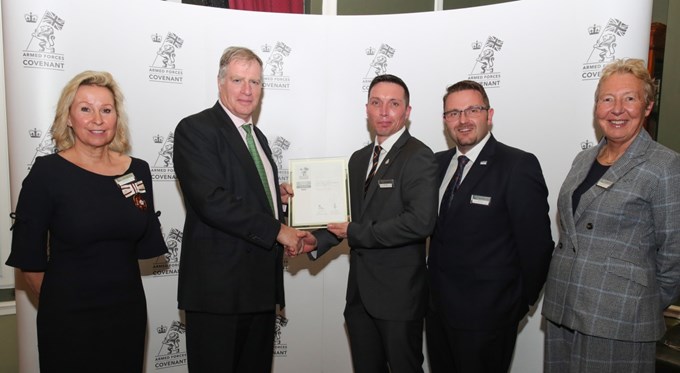 The ERS encourages employers to support defence and inspire others to do the same. The scheme encompasses bronze, silver and gold awards for organisations that pledge, demonstrate or advocate support to defence and the armed forces community, and align their values with the Armed Forces Covenant. The James Paget has been a silver award hold since 2017.

Chris, who started as our Armed Forces Advocate earlier this year after a 23-year career in the British Army, said; “We are pleased to receive the revalidated silver award and are committed to maintaining and improving the support we provide to current and former armed service personnel, whether they are our staff or our patients.”

The government has launched the Veterans’ Survey, for veterans and their families.
This is the first-ever exercise to collect feedback from the veteran community across the UK, coordinated by the Office for Veterans’ Affairs and the Office for National Statistics (ONS).

Responses to the survey will help the government better understand the experiences, needs and wellbeing of the veteran community.

The survey which takes around 20 minutes to complete is available here; https://www.ons.gov.uk/veteranssurvey

The deadline for responses is Wednesday 1st February 2023.

You can read more here; https://www.gov.uk/government/news/uk-veterans-get-their-say

Staff, patients and visitors gathered in our hospital Chapel on Friday 11 November for our annual Remembrance Day service.
The service featured a number of readings from members of our team, the hymn ‘Let there be peace’ led by our hospital choir and prayers read by some of our chaplains. A wreath was laid by our Chief Executive Jo Segasby and the service incorporated the national two minutes silence at 11am. Our Armed Forces Advocate Chris Blyth was among those who took part, reading The Kohima Epitaph. 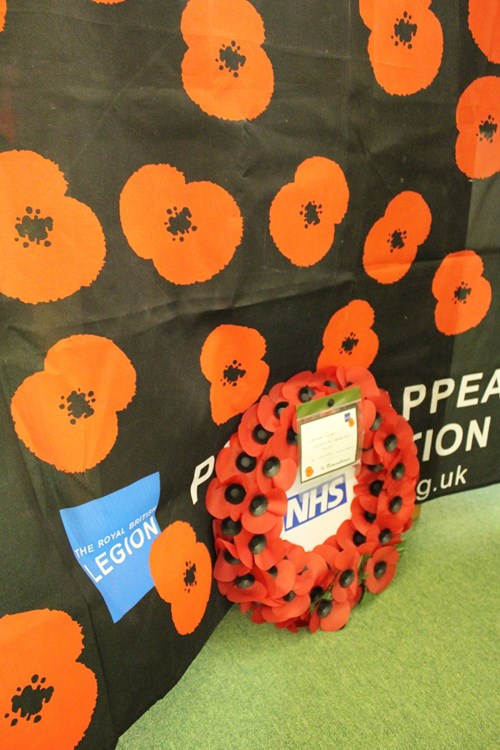 In October an initiative between our Armed Forces Advocate Chris Blyth and the Beccles, Bungay, Great Yarmouth and Lowestoft branch members of the Royal British Legion created welfare packs for service community patients that arrive in hospital without essentials. 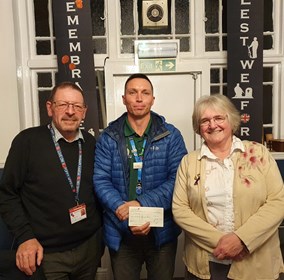 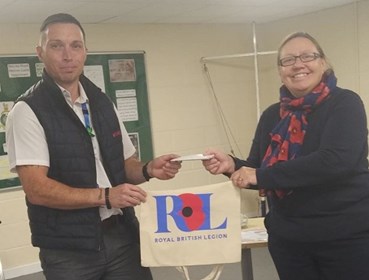 Members of each branch have donated money to buy the welfare packs which include items that might normally be brought in by family or friends to make a hospital stay more pleasant such as toiletries, fruit juice, a newspaper, puzzle book and sweets. 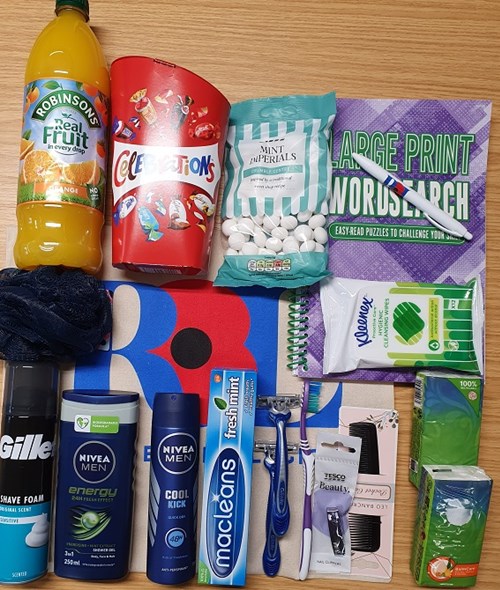 These are put together by the AFA and given to patients that need them. The packs that have been given out so far have been well received and very welcome.

We’d like to thank local members of the British Legion for their support and we look forward to working on other initiatives in the future. 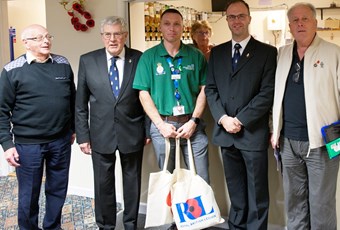 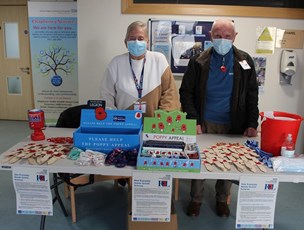 An initiative between our Armed Forces Advocate and Great Yarmouth, Beccles & Bungay branch members of the Royal British Legion has seen the first ‘welfare package’ being given out to a Veteran patient at our hospital. 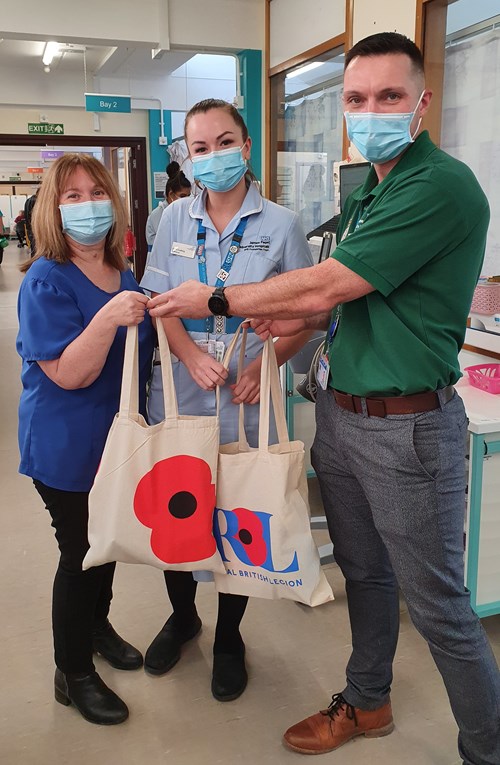 Chris Blyth joined our team as Armed Forces Advocate in May this year and since then has been working on a number of projects to enhance care and support for patients who have served in our Armed Forces. The latest of these is welfare packages for Veteran patients who may not have family members living locally and/ or who may arrive at the hospital with nothing.

The packs include items that might normally be brought in by family or friends to make a hospital stay more pleasant such as toiletries, juice, newspapers, puzzle books and sweets.

We’d like to thank local members of the Royal British Legion for their support with this. 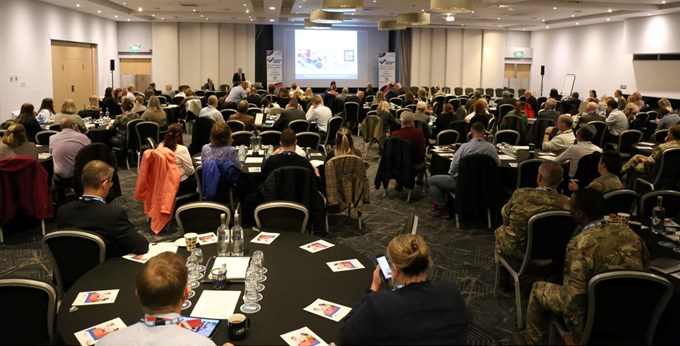 Over 250 people from the NHS and military attended the event to talk about Veteran awareness in health care organisations and how it can be improved.

Guest speakers headed up by Professor Tim Briggs spoke about challenges they had faced in the NHS regarding Veterans health care and areas of best practice that had been identified to overcome these.

Chris said; "Overall it was a great opportunity to speak to staff from other trusts and gain new ideas that can improve the patient experience at our hospital." 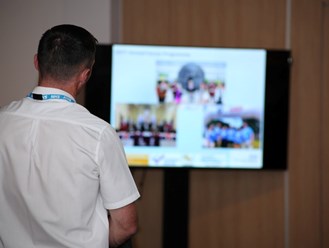 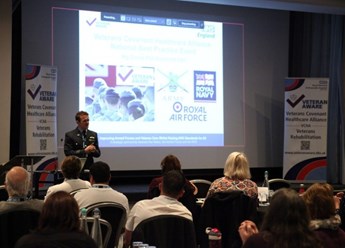