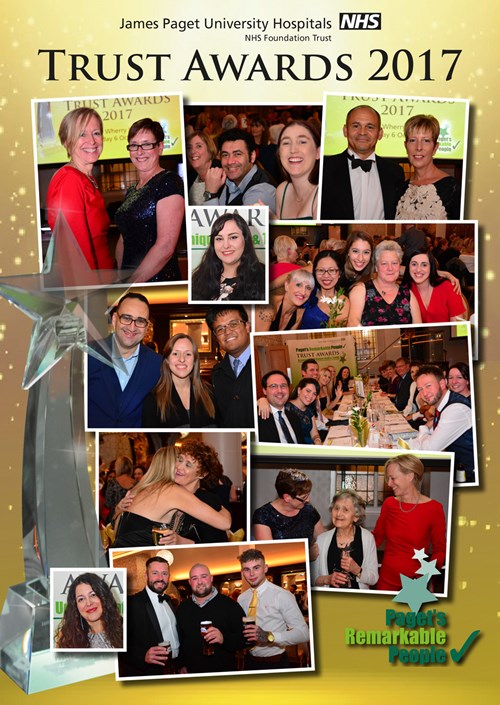 This year saw a record 460 nominations from both patients and staff for the awards, way above the number submitted last year. 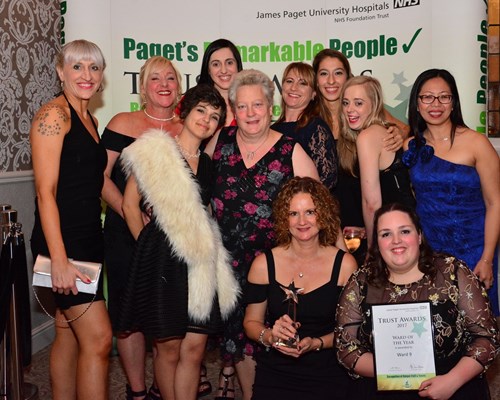 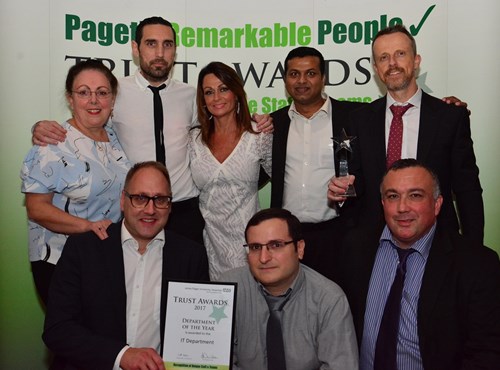 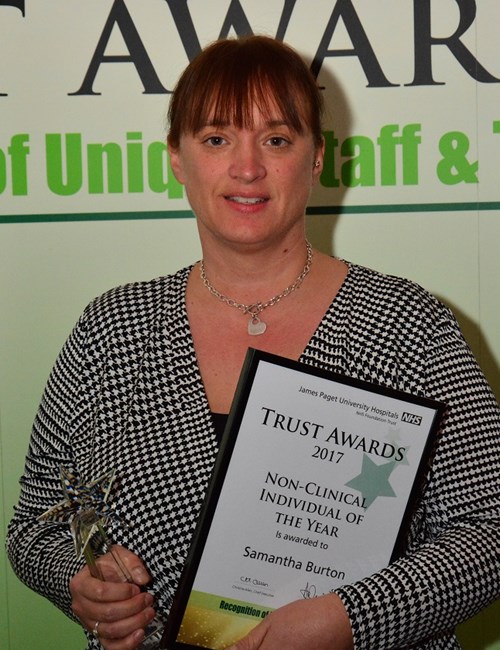 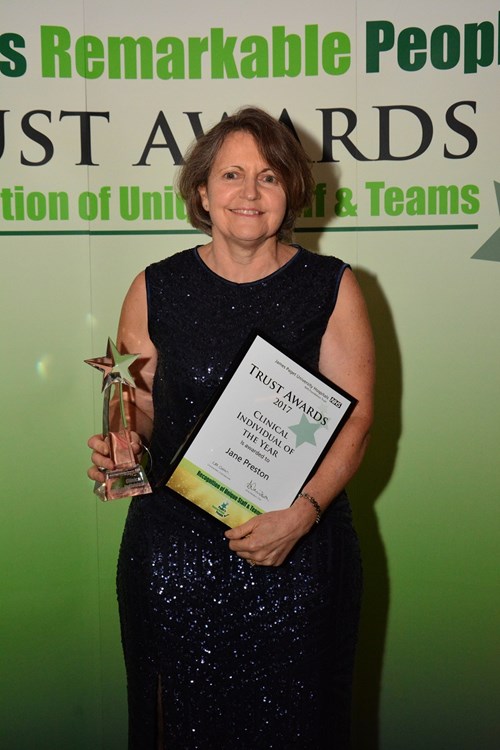 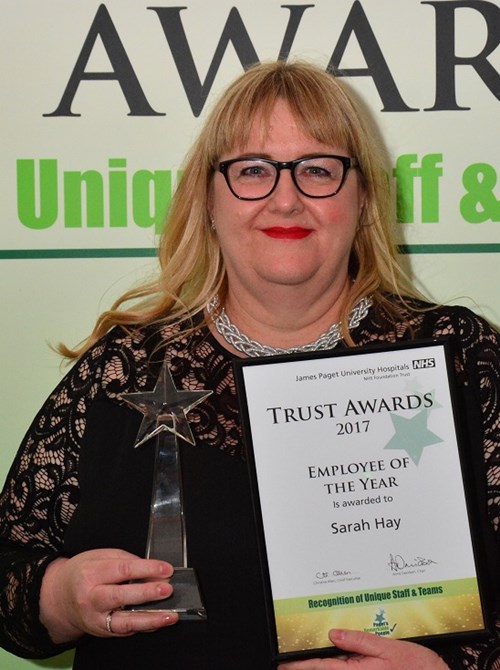 Dementia Care Liaison Nurse Sarah Hay was described as a ‘super ambassador’ for the James Paget as she went to receive the coveted Employee of the Year award.

Sarah has been at the forefront of improvements in the care of vulnerable patients at the hospital - and her dedication, knowledge and support for people really impressed the judging panel.

“I am absolutely thrilled,” said Sarah after picking up her award. “I love my job and work with a great team, so to be recognised in this way really is the icing on the cake.”

For Gemma Lister, the Senior Sister on Ward 18, it looked as if success was going to elude both her and her team of dedicated staff – despite being nominated in both the Ward of the Year and Employee of the Year categories.

They were not successful in either category – but together won the Governors’ Award for Outstanding Service for the quality of care they offer to patients undergoing rehabilitation. 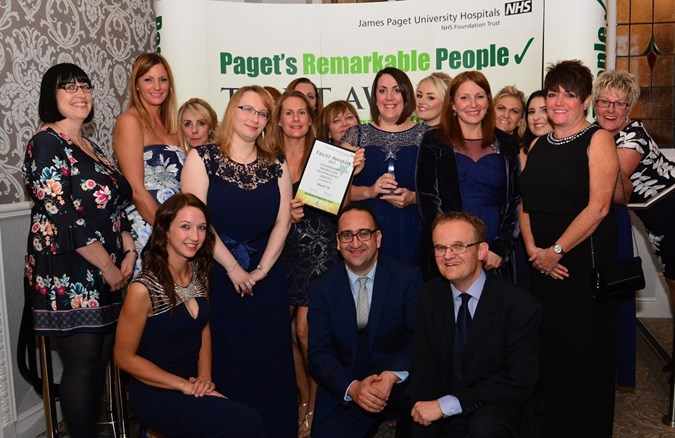 “It has been a real roller coaster of emotions!” said Gemma. “I really thought that it wasn’t going to be our night and that our chance had gone - so it was a huge shock to hear ‘Ward 18’ announced as an award winner. I am just so pleased for my team, who work so hard to support patients and their families.”

Lead Nurse for Research Claire Whitehouse was delighted to win the Sir James Paget Award for Innovation for developing the #whywedoresearch Twitter campaign which has put the James Paget University Hospital on the global map. 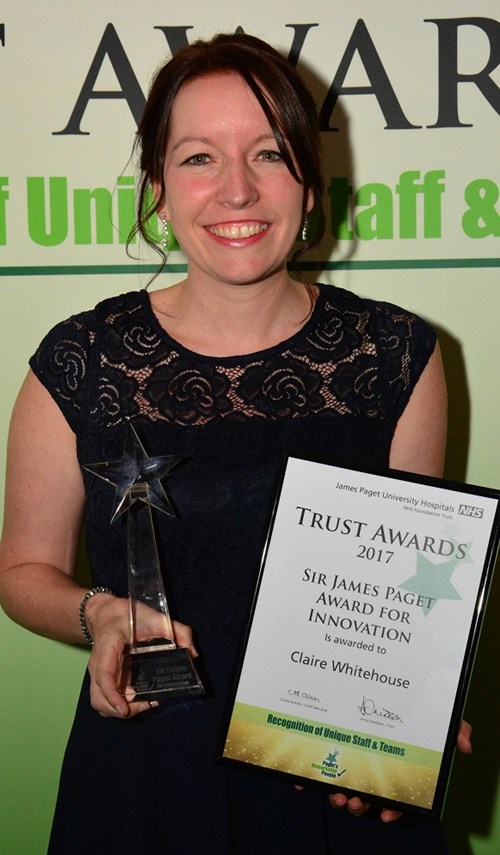 The campaign started as a local initiative to highlight the importance of healthcare research but quickly grew to achieve worldwide success – with 50 million page impressions in the first year and thousands of Twitter users in the research community adopting it to share ideas and to raise awareness of their work and opportunities for patients and the wider public to get involved.

“It was just amazing how quickly the campaign gained momentum” said Claire. “It has gained recognition both nationally and internationally but to receive this award from my own Trust, which really embraces innovation, is very special indeed.”

The prestigious EDP ‘Patients’ Choice’ Award went to Emilia Shurmur, a staff nurse on the Intensive Care and High Dependency Unit. Described as a ‘champion of her patients’, Emilia said she felt humbled to receive the award. 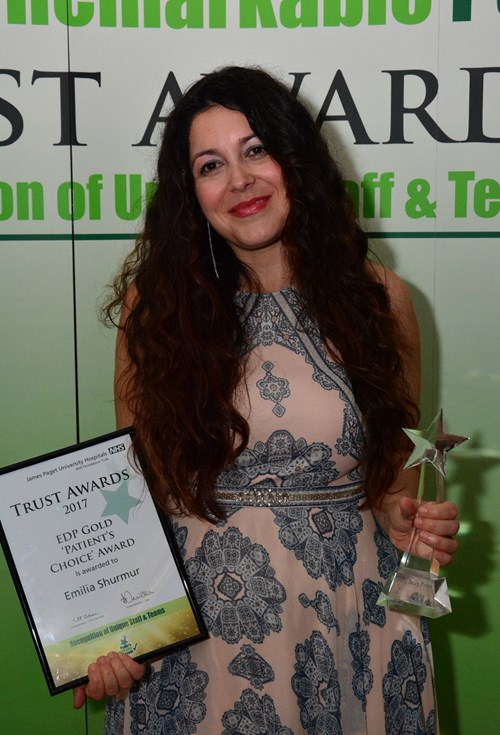 “I always aim to give the best possible care to my patients and support their families as much as I can – and I am fortunate to have the right team around me. But I am so moved that people put my name forward because they feel I am making a difference,” she said.

Christine said: “The Remarkable People Awards is such a special event as it gives us the opportunity to celebrate our fantastic staff, who are so committed and dedicated – and prepared to go the extra mile to provide quality care for patients.

“The awards really showcase the breadth of talent we have across the Trust – and the fact that, once again, we had a record number of nominations shows how much it is valued. I would like to congratulate all the winners and finalists – and thank everyone involved in organising this year’s event.”

Anna added: “This is the first time I have attended the Remarkable People awards ceremony as Chair of the Trust – and it has been a real honour to be involved in recognising the brilliant staff who work so hard, each and every day. 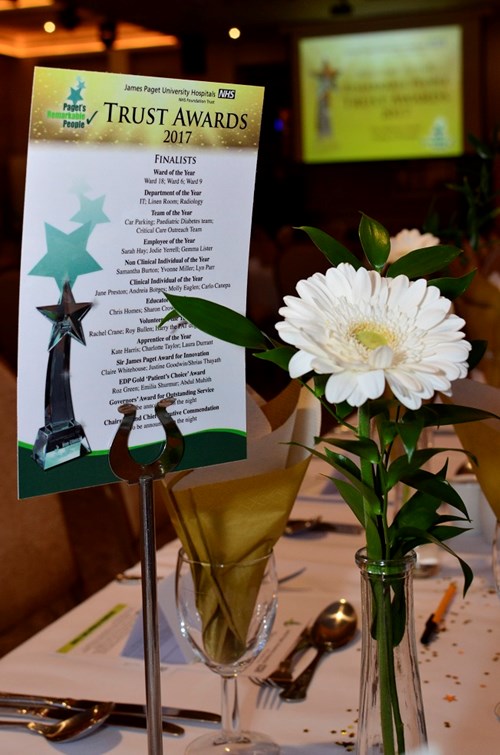 “It has been an exceptional evening which has underlined just how proud people are to be part of the Paget team.” 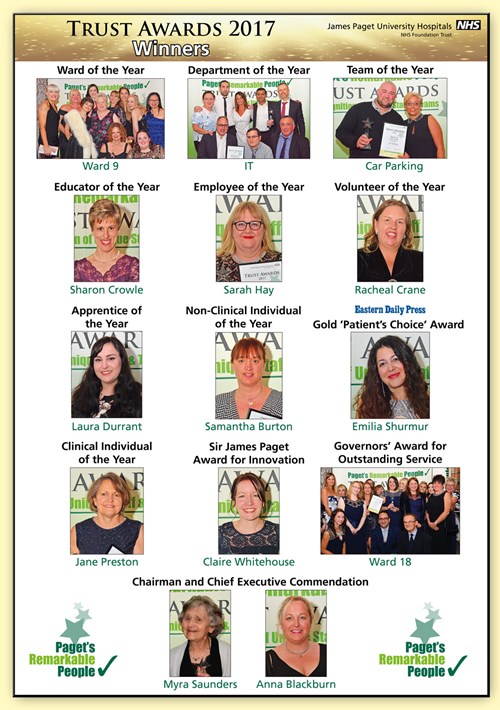